Trending
You are at:Home»Aquarium Livestock»ORA Solid Gold Maroon Clownfish Are Even Better In Person 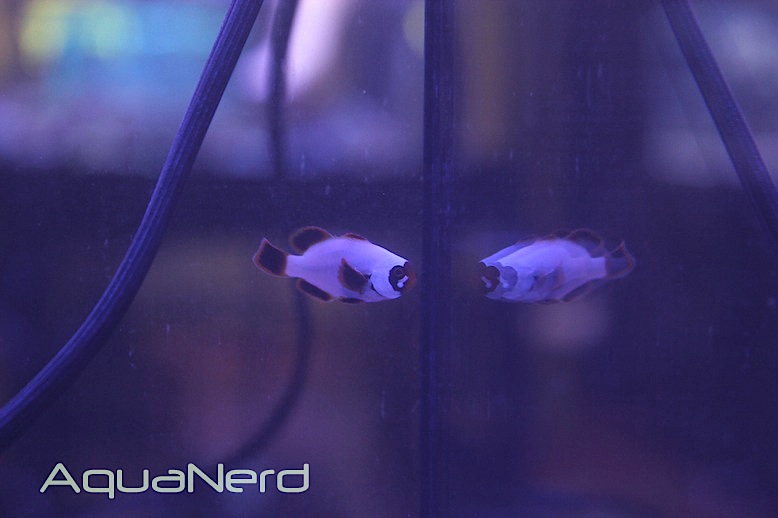 The ORA Solid Gold Maroon Clownfish and its counterpart the Goldflake Maroon are two of the coolest clownfish we’ve ever seen. The coloration of the Solid Gold Maroon is not unlike the platinum picasso in that the white (which turns to yellow as the fish matures) nearly covers the fish’s entire body. Even at a young age, like the fish pictured above, the fish are covered head to toe in this blanket of white. The goldflake, on the other hand, is a bit different. Instead of having colors that cover large areas, the fish develop random misbarrings that can show up as undefined golden streaks and splotches. Interestingly, the two goldflakes here at the show each only had the pattern on one side of their body. Regardless, it’s still a cool looking fish that offers up a bit of a break from the abundance of ocellaris and percula variants.

Regarding the image quality, we admit these aren’t the best pictures we’ve ever posted. But give us a break, the lights on this aquarium weren’t even on and the tanks were all in the process of being set up. Fortunately, the tanks will be clear and well lit later today to give us a better look. 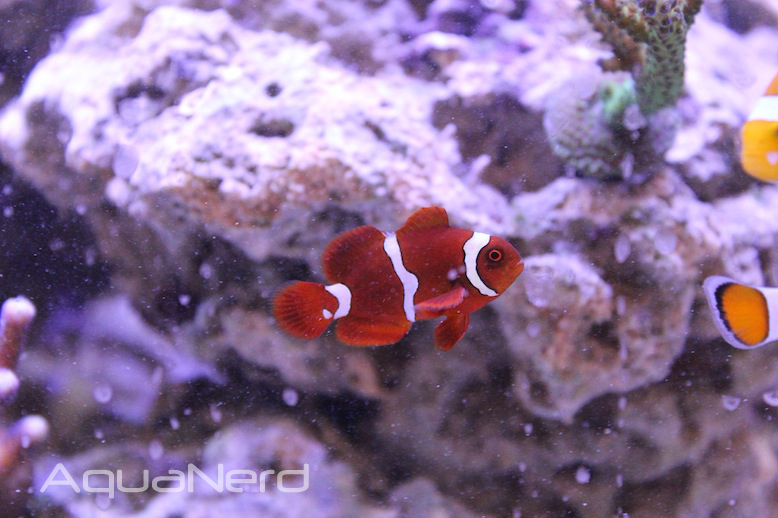 Unfortunately, the gold flakes were on the other side of the fish’s body.

And we couldn’t close out this article without the gratuitous clownfish ball and top down shot of the ORA frag tank. We’ll obviously be spending more time with these tanks throughout the show. 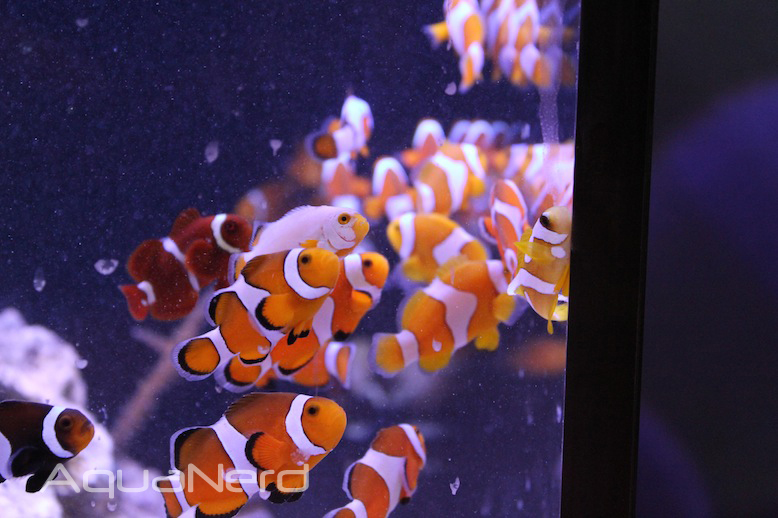 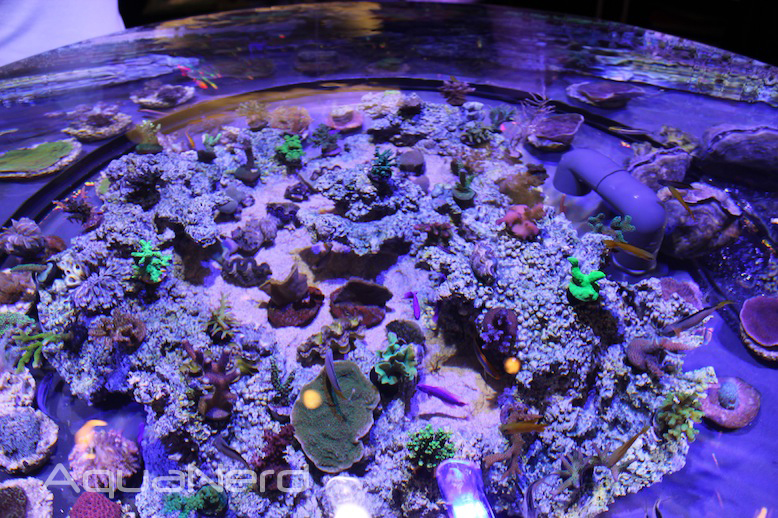