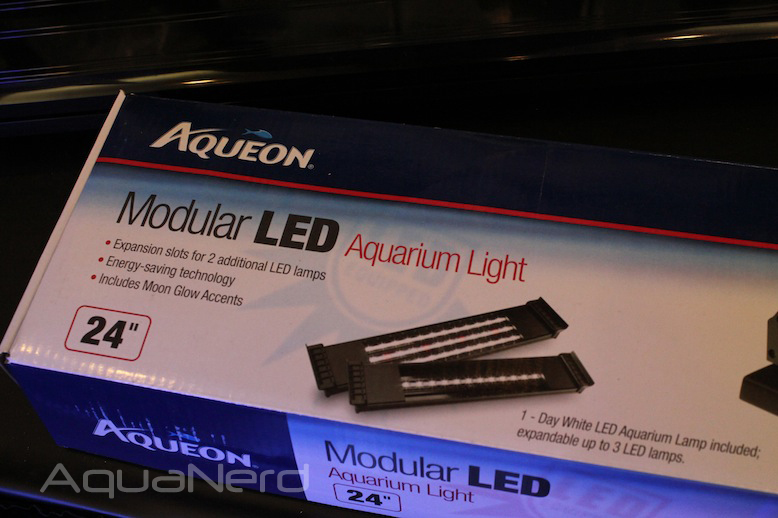 Aqueon, one of the many subsidiary companies that make up the aquarium equipment conglomeration Central Garden & Pet, has officially jumped into the LED lighting game with the debut of their Modular LED Aquarium Light at MACNA. This particular light is available in five differents lengths (20″, 24″, 30″ 36″, and 48″) and comes standard with a single strip of white LEDs, the number of which varies depending on the overall length of the fixture. As its name suggests, the light is modular friendly in that it can hold up to three rows of LED strips that can be removed, replaced, and shuffled with ease. Besides the white strips, the Aqueon Modular LED Fixture can utilize two other strip choices that include an all blue actinic LED strip and a mixed color strip that has white, blue, and red LEDs. According to the Aqueon rep at the booth, the modular fixtures should be shipping to distributors and stores by year’s end. 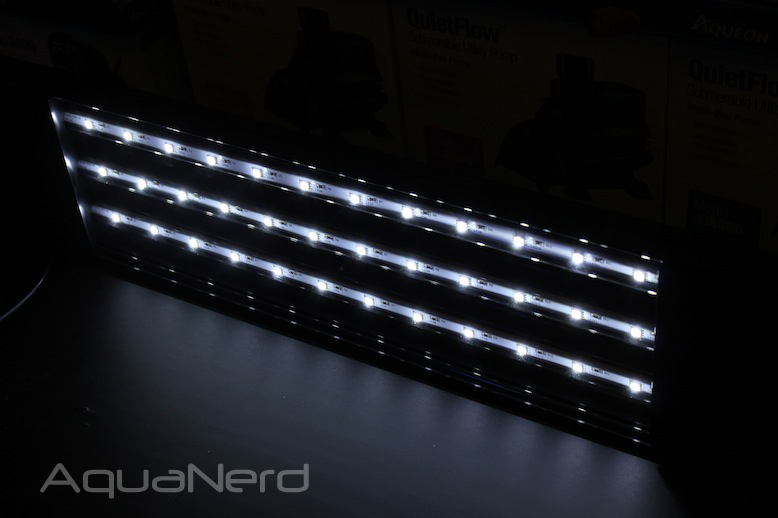 In terms of capabilities, we can certainly appreciate the fact that this new Aqueon LED fixture is modular. Fish only systems will certainly benefit from a low-wattage LED fixture such as this, as will soft coral aquariums, but we don’t have many expectations for its long term use over a full blown mixed reef aquarium. We’re not certain if there are upgraded light strips planned in the future, but we would like to see models with additional spots for more LED strips to provide better coverage. 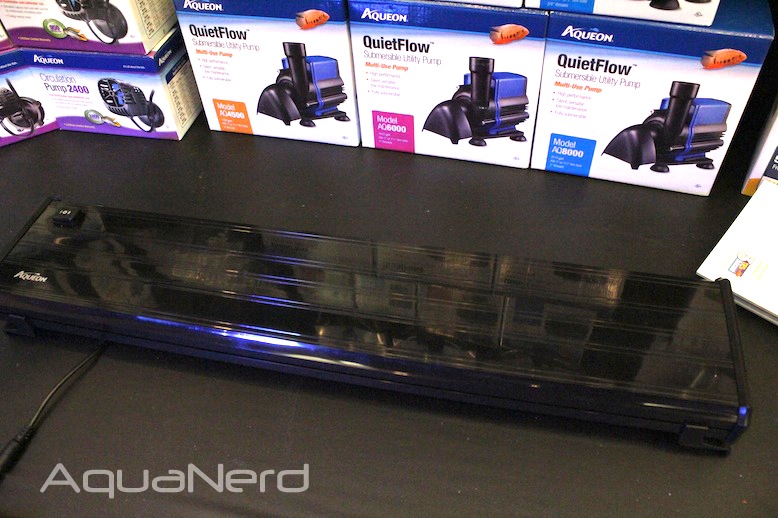 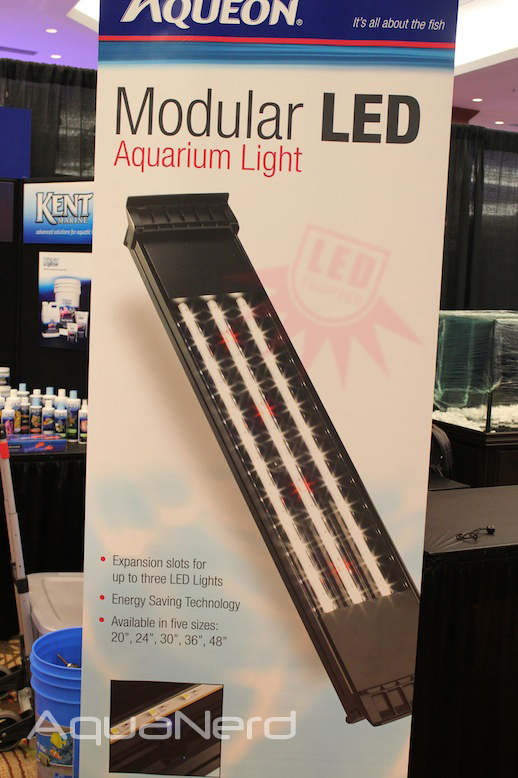