Trending
You are at:Home»Aquarium Food»For Finicky Fish, Live Foods are the Best Option 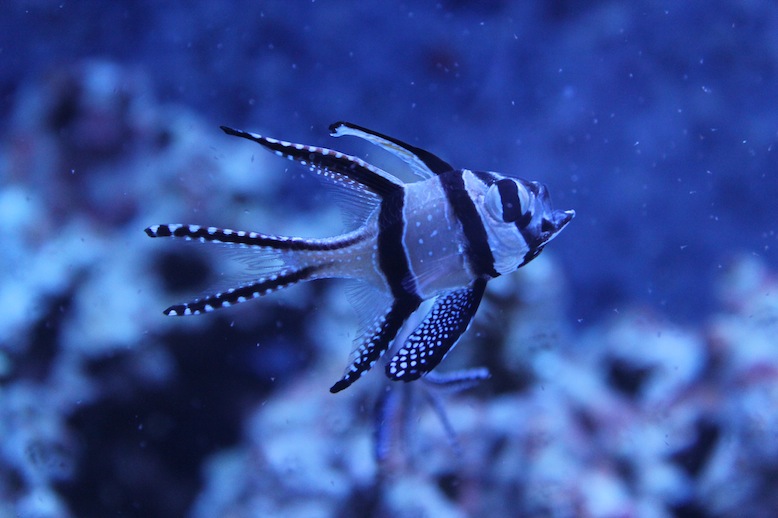 The marine aquarium hobby is riddled with finicky fish that require a lot of specialized care in order to adapt well to life in captivity, and for aquarists who don’t know how to deal with these obstacles, it can get quite frustrating. While shipping stresses are often the leading cause of problems initially, it’s getting those finicky fish to eat that is the big long term problem. Most aquarium keepers have access to quality prepared foods like frozen mysis, brine, or krill, but unfortunately many wild caught fish will turn their noses up to these products. So, it now rests on the hobbyist to come up with creative ways to get their fish to eat. The answer? Live foods are the best option for feeding all fish in captivity, and growing these foods yourself isn’t as hard or as labor intensive as it seems.

What got us using live foods recently is the breeding project we’ve begun with Banggai cardinalfish. We figured that we’ve been preaching aquaculture and responsible aquarium ownership long enough that it was time to start walking the walk. The cardinalfish were purchased from Sea Dwelling Creatures via local fish store Super Pet World. Despite showing up in great shape and in decent sizes, the fish were hesitant to eat any prepared foods. They showed interest at first, even sucking in frozen brine and mysis shrimp, but in a pretty typical fashion of finicky fish they would spit out anything they ate. Getting concerned as the days went on, we began to consider other options. 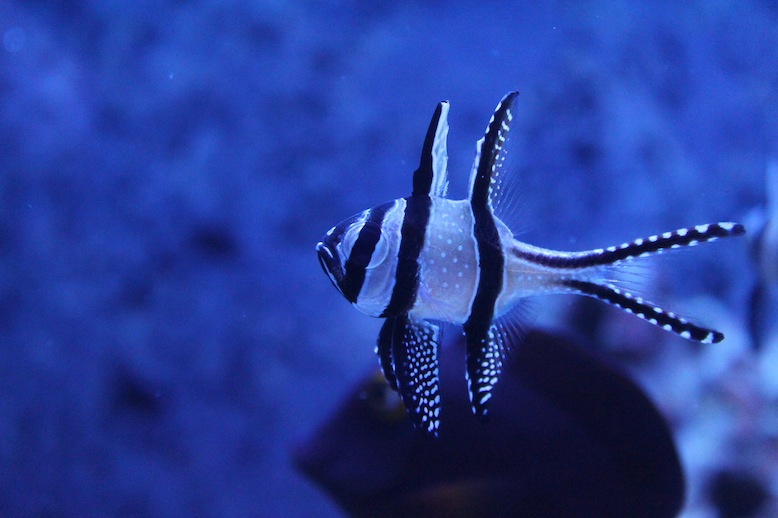 Garlic, a popular food additive that is said to boost immunity and entice finicky fish to eat, was added to the prepared frozen foods. Initially, the cardinalfish seemed more receptive to the garlic soaked food, but again they started spitting everything out and eventually stopped showing interest. Flake foods were still being ignored outright, so we started to look at even more alternatives.

After a few days of minimal eating, we decided to break out an irresistible snack, live brine shrimp. Shortly after putting the cardinals in the tank, we purchased brine shrimp eggs and started prepping the hatchery. We cut the lid off of a 2-liter coke bottle, cleaned it thoroughly, added water mixed to a specific gravity of 1.018, cranked up the air bubbler, and dumped in the packet of eggs. After 48 hours, the brine shrimp started to hatch, and by the end of day 3, the bottle was swarming with baby brine shrimp. Concerned that the shrimp were still too small, we let them stay in the breeding apparatus and waited as long as we could before feeding them to the cardinalfish. But as the days without adequate eating continued on, we decided to feed the live brine regardless of their size. 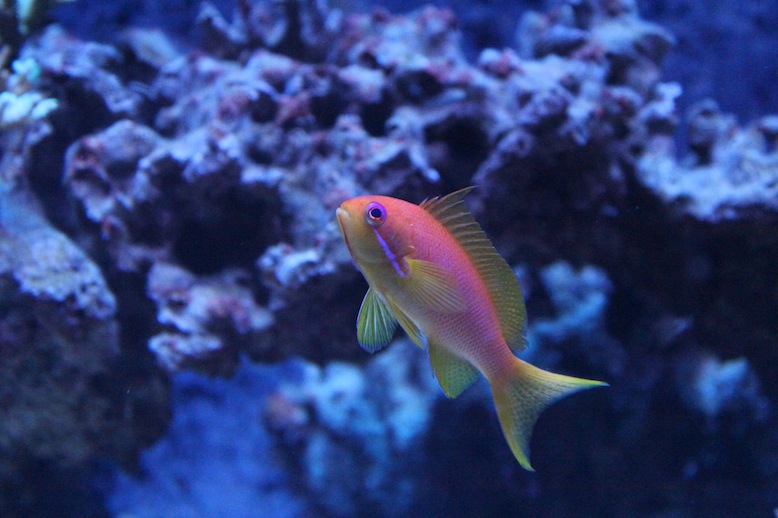 To help the cardinalfish see the tiny shrimp, we turned off all of the pumps to get things as still as possible. We shot in a bunch of baby brine, and the cardinalfish immediately started chomping down. All of the cardinalfish swarmed the live brine and they actively fed for over an hour. We continued to pump brine shrimp into the tank, and all of the fish except the single tang ate very well. Even our lyretail anthias got in on the action, but we completely expected this. We plan on feeding live brine as long as the cardinalfish continue to shun prepared foods, but luckily growing the shrimp is a very simple process.

We highly recommend feeding live foods in order to get finicky fish to eat. We also suggest trying to mix the live foods with prepared items so that the fish will begin to accept frozen shrimp as well. It may take a while for the fish to adapt, but it will eventually happen if you persist.