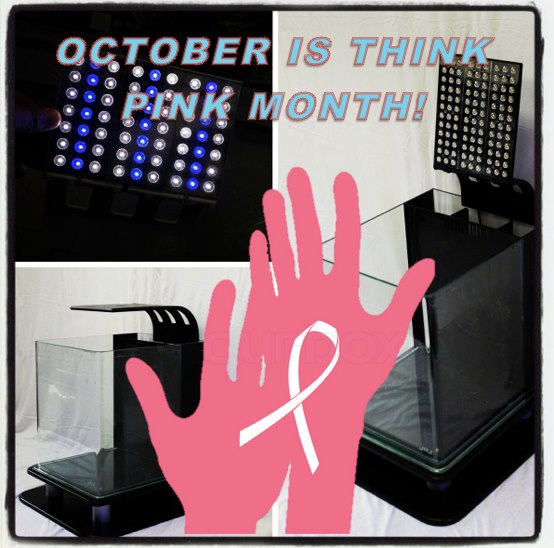 October is Breast Cancer Awareness Month, and JBJ USA is helping out in a really big way. Through a little social media promoting, they will be making very generous donations to help fund cancer research. For every like and share they receive on their Think Pink photo JBJ will donate one dollar and two dollars respectively. In addition to that, they will also be giving away a JBJ Rimless RL8 Combo, which consists of an 8-gallon Rimless with an LED Flipper fixture, to one lucky “liker” of the post. This donation and giveaway promotion will be open until October 31st, and shortly after that the aquarium winner will be announced. So, if you want to help fight cancer and win some free aquarium gear, head on over to the JBJ Aquariums Facebook page and get to liking.