Trending
You are at:Home»Aquarium Equipment»Maxspect Razor Seen at MACNA Looking Great Over Corals 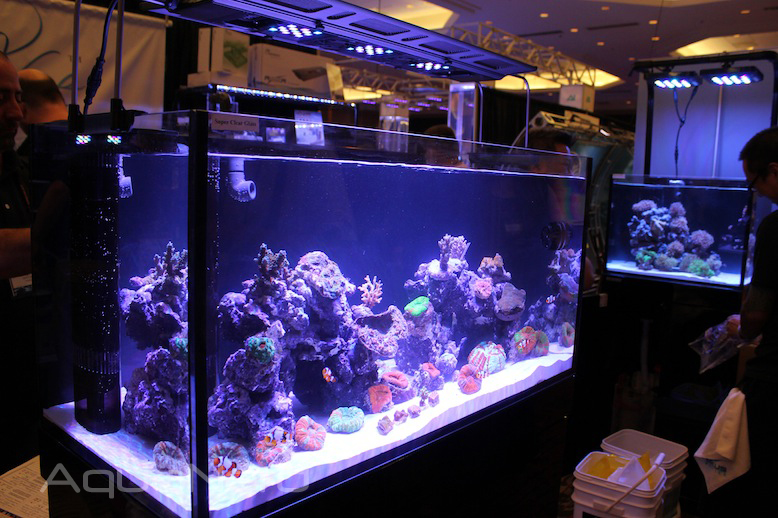 The R420R LED fixture, often referred to as the Razor, is one of the aquarium industry’s best examples of an LED fixture that blends form and function. While the fixture has been available to the public for a while now, the newest member of the Maxspect family was out in full force at the CoralVue booth at MACNA and it was really making the coral colors pop. The impressive light fixture, which shares many similarities with the Mazarra LED modules, sports a mixture of Cree XT-E and XP-E high intensity LEDs packed into a very stylish fixture that essentially hides the big, bulky heatsinks in plain sight.

The LEDs of the Razor come with LEDs in either three or five different colors, depending on the model, and they are spread across two controllable channels that can be dimmed manually or set to a six-point timer program through the simple on-board controller. Each LED sits behind a 90° lens, allowing for great depth penetration and ample PAR numbers even for aquariums up to 24″ deep. The light comes in two different lengths, with the larger model sporting three banks of LEDs and the shorter fixture only housing two. The larger fixture consumes approximately 160watts of electricity while the smaller uses only 120watts.

Touching back on the form and function comments, the Razor is designed to be passively cooled, which is aided by the fact that its body is made entirely in aluminum. Essentially, the R420R is one huge heatsink that allows adequate heat exchange to keep the electronic components operating at ideal temperatures without needing to use a noisy fan. To further keep the lamp from overheating, a built-in temperature controlled system can make adjustments to the fixture to keep temperatures down. 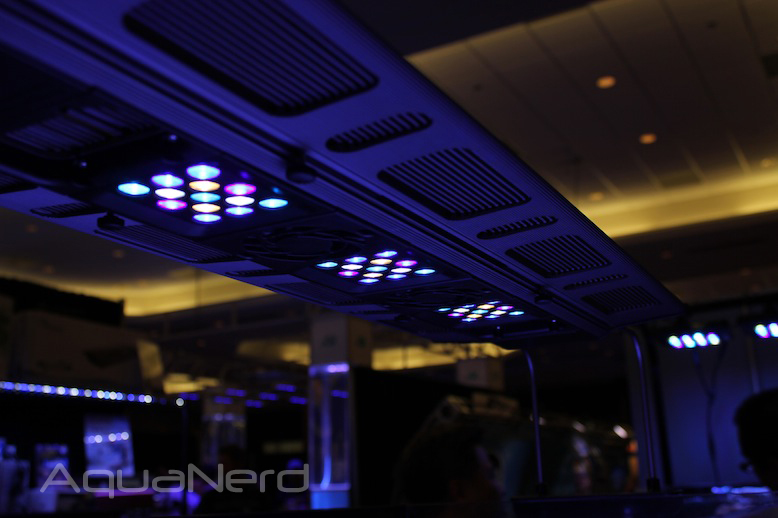 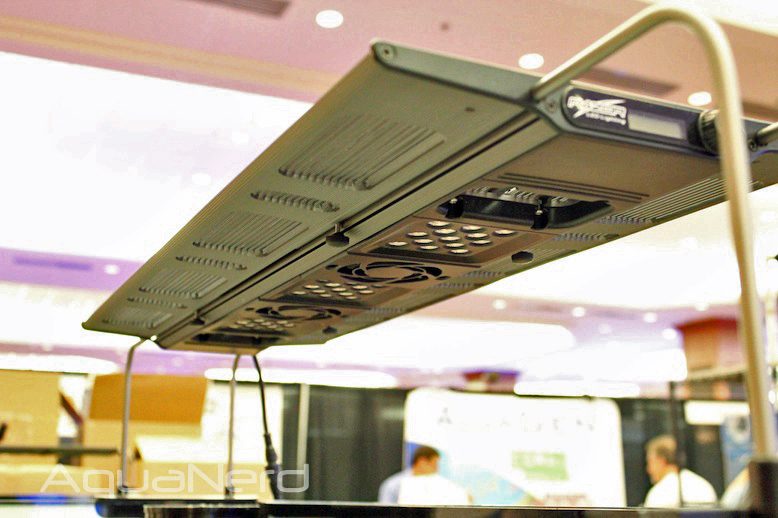