Trending
You are at:Home»Aquarium Livestock»Picture of the Week, MACNA Master Scolymia 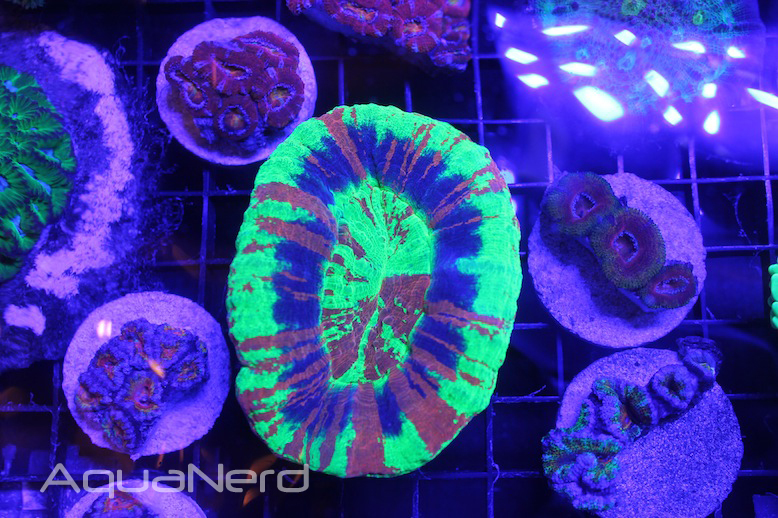 One of the biggest perks to attending a large trade show such as MACNA is all of the amazing eye candy that’s just a few feet away from you at all times. And believe us when we say that the vendors this year really brought their A-game. The tanks were absolutely full of some of the best stuff imaginable, and one such coral we bumped into was this amazing Scolymia, which many have come to call the “Master Scolymia”. This solitary coral gets that name because it’s big and beautiful, and has several traits in it that are found in multiple separate scolys. On one hand, this coral resembles a bleeding apple scoly, but if you continue to peer at it you might see a little warpaint scoly shining through. The name of the coral is neither here or there, the point is that it’s just stunning…even if it is being bathed in nothing but actinic LED lighting.