Trending
You are at:Home»Aquarium Livestock»Picture of the Week, Watermelon Chalice 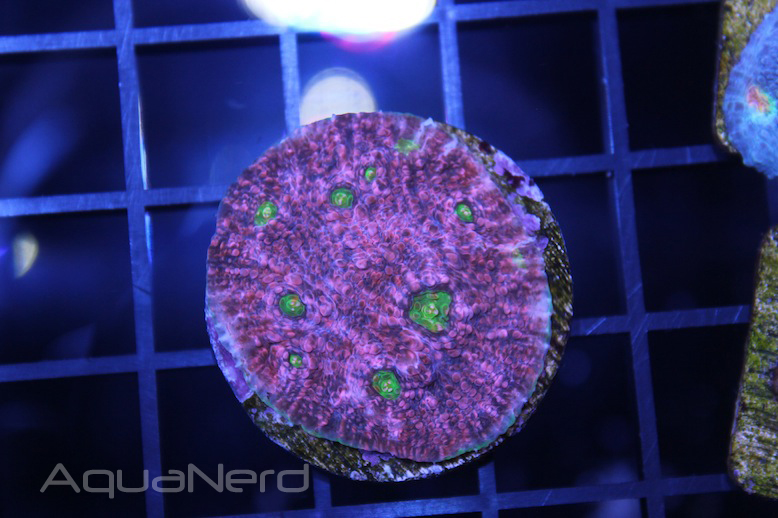 This week’s featured AquaNerd POTW is a rather common, but particularly beautiful watermelon chalice seen in one of the vendor aquariums at MACNA. The watermelon chalice is likely one of the color morphs that’s been around since even before this type of coral became a hot commodity, and was made popular by guys like Steve Tyree. Collectors have propagated this color morph to such an extent that it’s no longer rare or expensive, in relative terms of course. A good well-encrusted piece like this can still fetch a pretty penny, and it’s almost a requirement for any well-rounded collection.