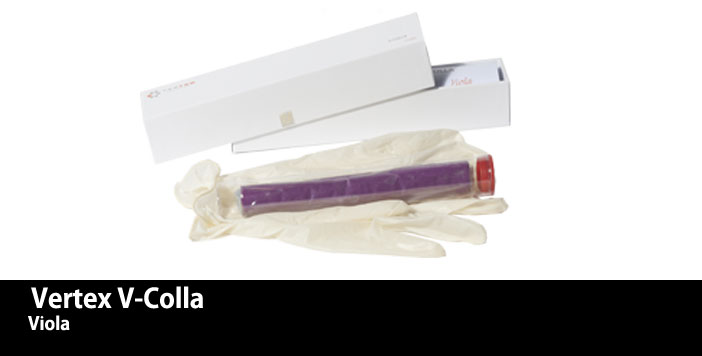 Vertex Aquaristik is back at it with a new product releases, and this time they’ve teamed up with GlueTec GmbH to bring a new reef safe epoxy to the marine aquarium keeping world. After several months of testing, the epoxy we’ve come to know as V-Colla will be hitting the store shelves as one of the few two part epoxies developed specifically for aquarium use. Vertex promises that this new epoxy will stand apart from others due to its reduced clouding effect of the water when used, longer lasting malleability, and minimal effect on the aquarium’s pH.

The name of the new epoxy, V-Colla Viola, refers to the violet color that was designed to mimic the appearance of coralline algae. While Vertex isn’t the first to offer up violet colored epoxy, the goal is to have it blend into the rock structure a little better than the white or gray epoxies that have been available to aquarists for years.

The Vertex V-Colla Viola is available in 114g/ 40z. bars and supplied with a pair of gloves in each package. No word yet on retail pricing, but we expect it to come in about the same as, if not cheaper than, its competitors.