Trending
You are at:Home»Aquarium Livestock»Picture of the Week, Yellow Fuzzy Dwarf Lionfish 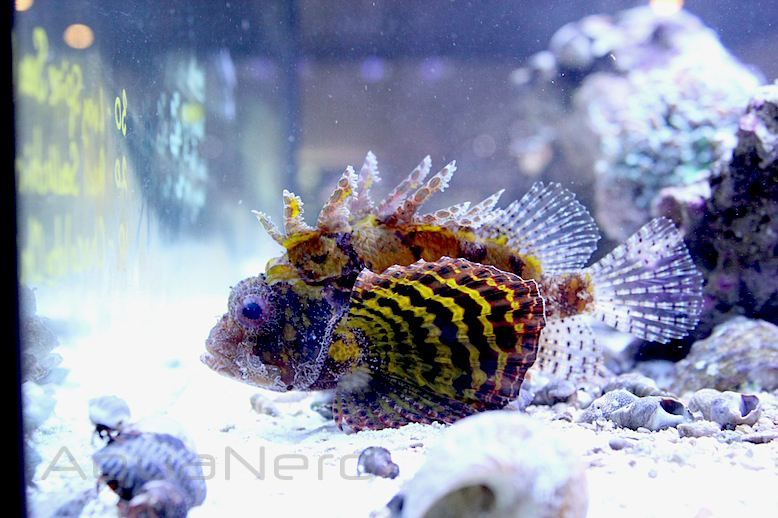 Pictured in the last AquaNerd Picture of the Week of 2012 is the rare yellow fuzzy dwarf lionfish, seen locally at the Houston Fish Gallery. Now, we’re not exactly fans of lionfish, as they are extremely abundant in the hobby and have invaded the waters of the Atlantic. That said, this yellow fuzzy dward isn’t exactly your run of the mill lionfish. It’s quite rare in fact, as it is only found in one location, the Lembeh Straits. Despite its rarity, this yellow lionfish isn’t the only one to grace the Houston aquarium scene. Fish Gallery received a total of two last year, with the first being in the store on the same day we were giving a talk to a group of hobbyists about marine aquaria.