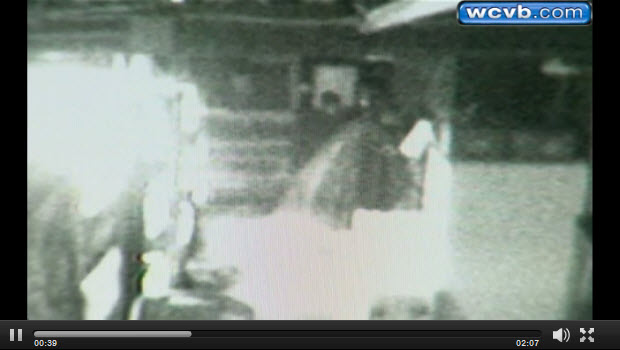 We all hear stories about fish store robberies, but this one is just downright disturbing. Last Wednesday, four thieves broke into the Animal Instincts Aquarium & Pet Center in Massachussetts to steal whatever valuables he could carry out. They were able to make off with the store’s cash register, computer system, and plenty of merchanise, but didn’t leave without doing a bit more damage. Before making off with the goods, one thief turned vandal when he smashed a 180-gallon display reef aquarium with a pipe. When the tank started to leak, he helped the water escape even faster by removing a large shard of glass from the smashed panel. At that point, water poured out of the aquarium very rapidly, basically leaving it dry for several hours until the store owner happened upon it at the start of business that day.

The damage to the aquarium was obviously severe. The owner reported that 25 fish and 40 different types of coral died because of the attack, but to his surprise, one fish survived. An 18-year-old blue hippo tang, aptly called Big Blue, somehow survived the encounter despite being in the aquarium, without water, for six long hours. The staff found Big Blue on top of some rocks, clearly out of the water, on Wednesday morning. The fish’t status is still uncertain, despite being a week removed from the incident. Stress like this can have a lasting impact on a fish, and being out ot water for such a long period of time can have lingering effects.

For a fish like Big Blue to have lived such a long life in captivity, it certainly would have been a shame for it to go out like that. Fortunately, the community has helped the store in various ways, with one individual going as far as to pad the reward for information regarding the case.
Fortunately for the store owner, the entire event was captured across 18 different security cameras, which will probably help in capturing the criminal who performed these vicious acts.