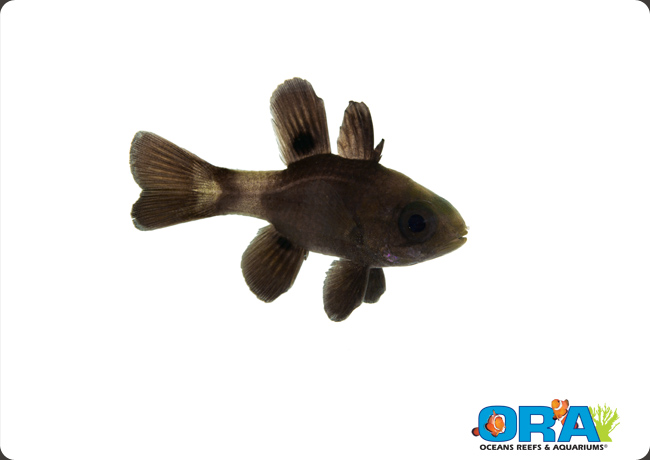 ORA continues to fuel the cardinalfish trend with the announcement of their latest captive-bred fish, the Black Cardinalfish (Apogonichthyoides melas). Announced earlier this week at the Global Pet Expo in Florida, this is the first time that the black cardinalfish has been commercially available in the captive bred variety, though wild-caught specimen have trickled into the trade on a limited basis over the last several years.

The news of the black cardinalfish achieving captive bred status comes as no surprise, especially since ORA was involved, though it wasn’t without its hurdles. Black cardinalfish larvae are immediately released from the adult’s mouth when they hatch, which makes them incredibly vulnerable to predation and other environmental hazards. Banggai cardinalfish, on the other hand, keep juveniles in their mouths for an extended period of time after they hatch, improving their chances of survival.

The black cardinalfish, which ORA likens to the living fossil Coelacanth for its appearance and swimming behavior, has a dark black coloration that essentially covers its entire body. As juveniles, the fish sport a great deal of white on their posterior half, though this darkens as the fish matures. The adults eventually become completely black, though individuals may have eyespots at the base of certain fins.