Trending
You are at:Home»Aquarium Livestock»Picture of the Week, Annularis Angelfish 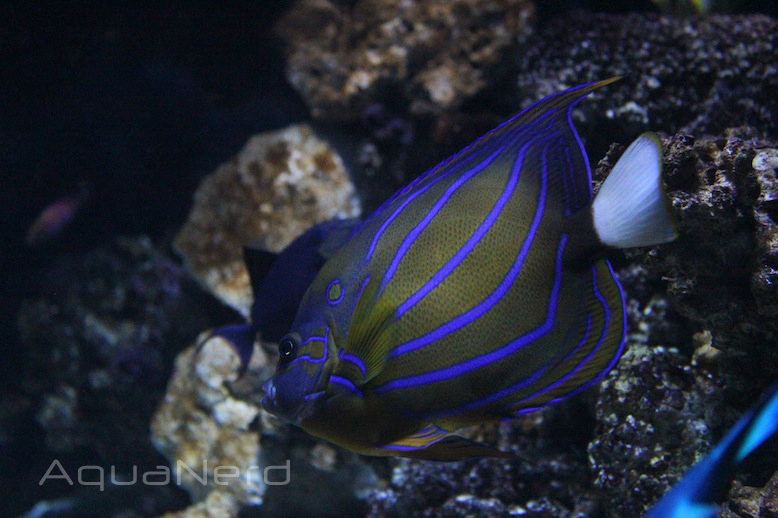 When we take photos of fish, we usually try to get shots of them at least looking our direction, but this image is the exception. While visiting the Houston Zoo a couple of weeks ago, we spotted this stunning Annularis Angelfish (Pomacanthus annularis) in one of the huge display tanks. It was a little shy, and because the zoo was closing within the hour, we didn’t have a lot of time to spend in the aquarium gallery to take tons of photos. So, we snapped off what we could, the whole time being captivated by the gorgeous stripes of the adult angelfish. The blue stripes seem to jump off of the fish’s dark yellow body, and that white tail contrasts sharply with the rest of the fish.

Like many of the large angels, this species looks quite a bit different as a juvenile. Juveniles have a dark blue, almost black body that has vertical white stripes. As the fish matures, those stripes start to bend and the colors start to change significantly. Also during the change, the fish’s diet starts to become a bit less selective. It will start nipping at multiple things within the aquarium, including Tridacnid clams and LPS corals.