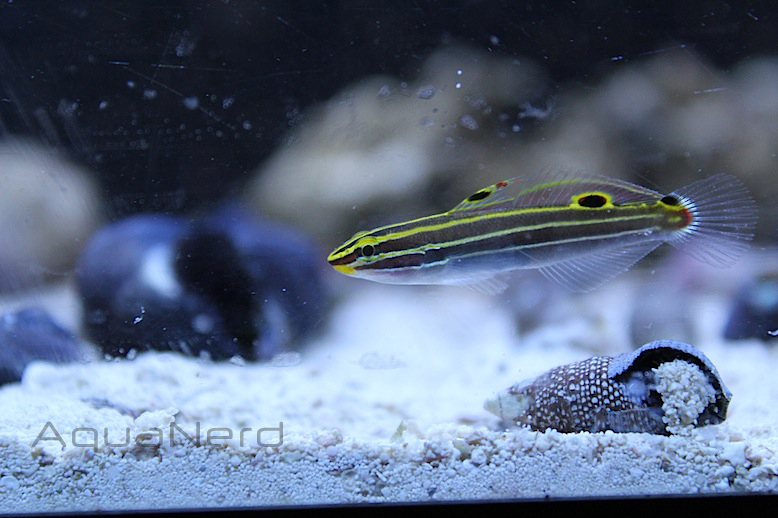 Gobies are some of the most diverse fish in the world, and in the aquarium hobby, that statement certainly holds true. Most of the gobies we encounter hug the bottom of the aquarium, often digging small burrows in the sand and hanging out with shrimp compadres. Some species don’t reside in the sand, however, but live a life up in the water column.  Such is the case for the Hector’s Goby (Amblygobius hectori), which is a great little addition to just about any nano aquarium or small community tank. These fish pick food out of the sand, and it’s believed that they feed heavily on filamentous algae when it is present. Because of their taste for algae and the fact that they’ll eat most prepared foods, the Hector’s goby adapts well to life in captivity.