Trending
You are at:Home»Aquarium Livestock»ORA Adds a Shade of Green to their Tabling Planet Acros 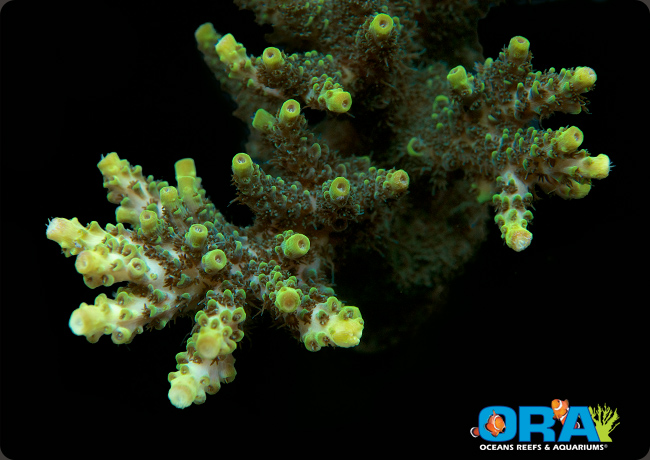 ORA has been cranking out Red Planet Acros for many years now. It’s one of the most popular corals that the aquaculture specialists have to offer, and it’s already appealing looks only get better as the colonies get larger. But it looks like ORA isn’t stopping with just one shade of the plating Acro, as they are adding a brand new color to the popular “Planet Acros” with the newly released ORA Green Planet.

Where the Red Planet is known for its red and pink corallites and a metallic green base, which varies greatly under different lighting, the Green Planet is entirely green from base to tip. The only part of the coral that isn’t doused in green are the growing tips, which are actually white. Despite the color differences between the Green and Red Planets, the two corals look very similar in their overall appearance. Both have nearly identical growth forms and morphology, which only makes us think how awesome it would be to see the two growing side-by-side or even intermingling like those many different colored Monti cap experiments.