Trending
You are at:Home»Aquarium Equipment»Picture of the Week, Salt Creep Stalagmite 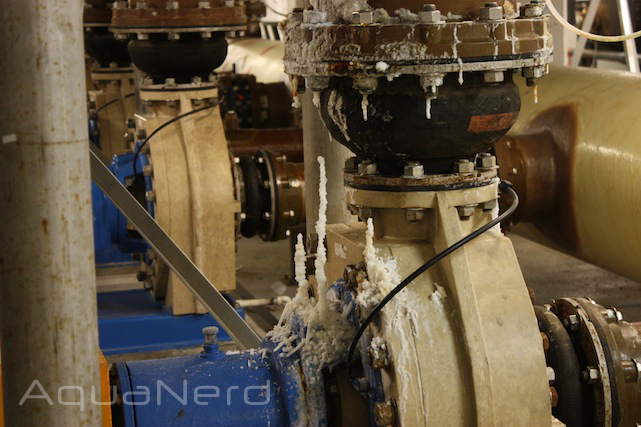 We all run into salt creep from time to time, but this is a little over the top. When water splashes out of the aquarium or drips from a leaky fitting, it eventually evaporates, leaving the salt behind. The salt builds up and gets into everything, often traveling (or creeping) several feet from the source. Usually, hobbyists clean the salt creep whenever they do their routine tank maintenance, but obviously this pump at Moody Gardens has been untouched for a little while. Whether it was a running joke or not, the salt has developed into a pretty tall collection of stalagmites, with the largest being almost a foot tall. Like the naturally forming stalagmites found in caverns all over the world, these formations can be quite fragile and can easily be knocked over…meaning there’s no excuse not to clean these salt creep pillars off of the pump.