When it comes to stylishly functional lighting, there are few that hold a candle to Giesemann. They’ve introduced some of the best looking light fixtures that the aquarium industry has seen, and in recent years they’ve only added to their allure with products like the Teszla and Futura LED. In keeping with the same styling cues that made those too fixtures so darn beautiful to look at, Giesemann has revamped their Matrixx T5HO fixture, giving it a very similar look.

Appropriately dubbed the Matrixx-II, this T5HO fixtures has a body made of heavy duty extruded and formed aluminum alloy that comes either coated in an anti-corrosion anodized silver finish or painted in a high gloss white. But the corrosion protection doesn’t stop just there. Each item that makes up the outer body of the light fixture (e.g. all joints, faces, internal faces, etc.) receive the same treatment and are either anodized or painted prior to the production of the fixture.

While still on the topic of the fixture’s externals, a rather snazzy looking glass panel adorns the top of the Matrixx-II and, as we sort of mentioned, the bodywork is borrowed directly from Giesemann’s flagship LED fixtures, the Futura LED.

Getting into the internals, the Matrixx-II doesn’t employ all of the same run-of-the-mill products found in other, far more boring T5HO fixtures. Where most other manufacturers might battle with quality versus price in an attempt to keep their products within a certain price range, Giesemann didn’t skimp on anything. According to the German aquarium equipment producer, each Matrixx-II is assembled using only the finest quality internals from ballasts, to lamp holders and wiring. The reflector, long thought to be the most important aspect of any T5HO system, is made from highly polished aluminum that is 99.8% reflective. Additionally, it was designed in such a way to maximize the light transfer back into the aquarium. Of course, protecting all of these internals and keeping the reflector clean is an acrylic splash guard. 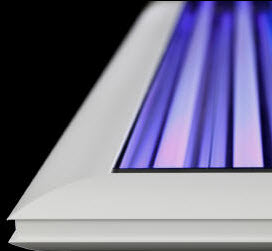 Temperature control was also an important aspect that Giesemann included in the Matrixx-II. This stylish T5HO fixtures uses both passive and active cooling, with the passive coming in the form of the aluminum chassis and glass panel facilitating heat transfer, with circulation fans forcing air through the system. Both of these types of cooling techniques make sure the lights are run at their optimum temperature to prolong their lifespan. 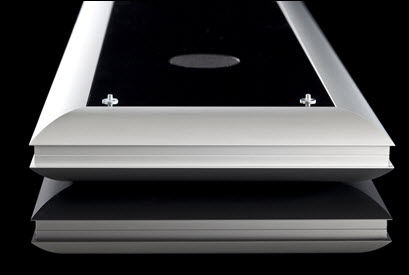 The last major feature of the Matrixx-II is it’s flexibility with illuminating your aquarium. Lamps are grouped onto several power cords, allowing for added control over with the use of timers and aquarium controllers. Also, a dimmable version of the Matrixx-II is available. In terms of sizes and bulb configurations, the Matrixx-II will come as two, three, four, and five foot models, with layouts ranging from four bulbs up to eight.

The goal of the Matrixx-II, as with most Giesemann products, is quality and reliability over being affordable. While this approach prices the fixture out of the hands of most aquarists, it’s hard to argue with the quality and style this fixture brings to the table. 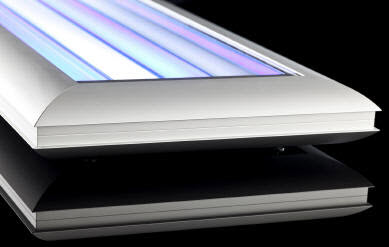