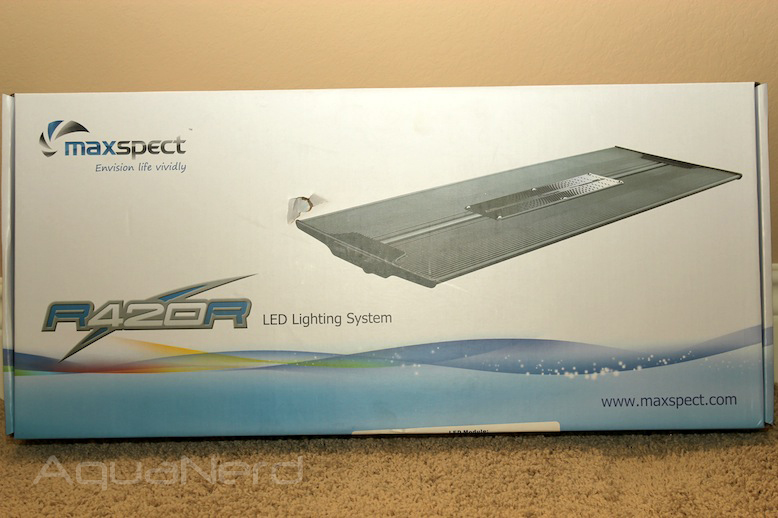 Thanks to the fine folks at CoralVue, we recently got our hands on a Maxspect R420R 120w-16000k LED fixture for a product review. Despite not having a ton of time to run this fixture over our various reef setups, we have had plenty of time thumbing through the manual, tinkering with the on-board controller, and playing around with the rest of the features that make this light a true competitor in a crowded LED lighting market. 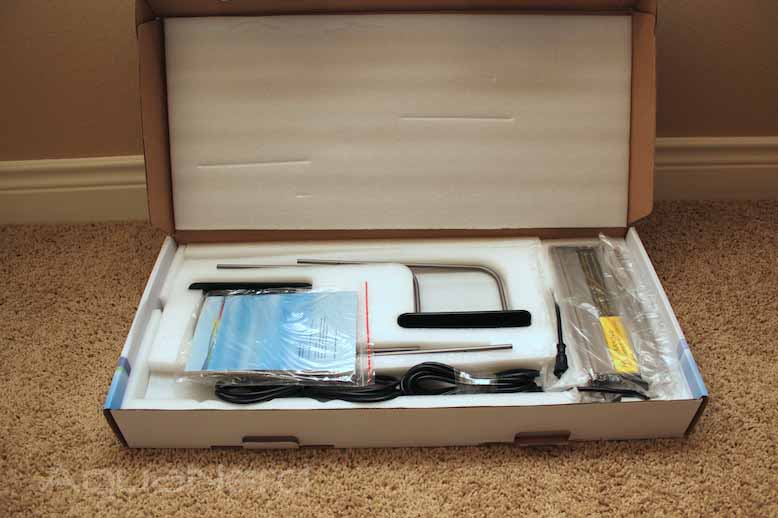 The R420R, which also goes by the name Razor because of its ultra thin appearance, sports six differently colored LEDs spread across two large clusters. These emitters are also separated into two channels. Channel A is broken down into six each of Cree XT-E 8000K, Cree XT-E Royal Blue, and Cree XT-E Warm White LEDs. The bluer of the two channels, called Channel B, consists of nine Cree XP-E Blue, six Cree XT-E Royal Blue, and six Cree XT-E Super Actinic emitters. Each of the channels is independently adjustable via the onboard controller, which uses one push-button dial to navigate through the very simple and intuitive menu. 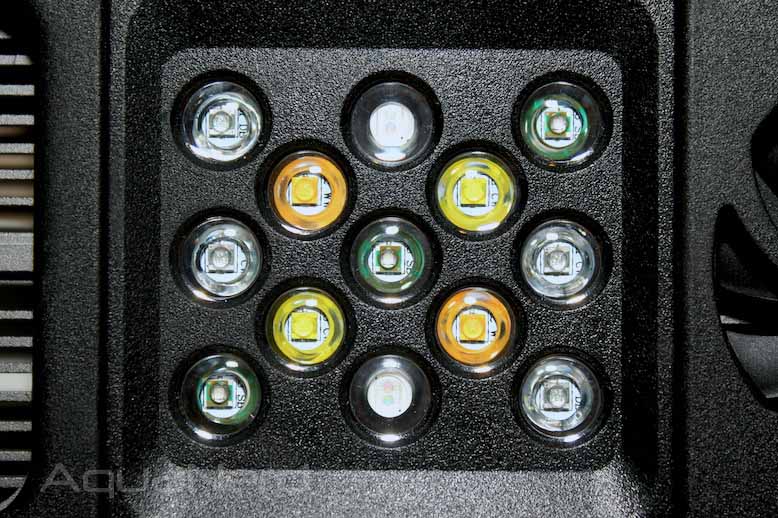 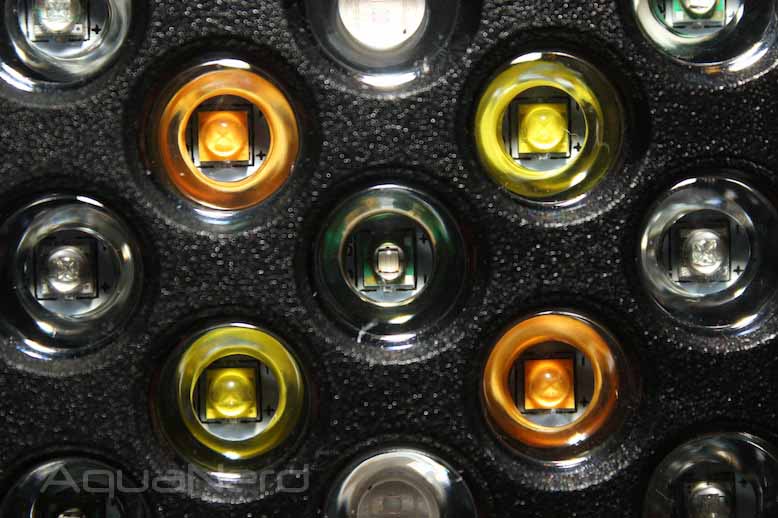 As far as the controller goes, as soon as you turn the fixture on, you’re taken to the light’s “Manual” mode. In this mode, you can adjust the intensity of each channel from 0-100% simply by turning the dial. While in the manual mode, if you hold down the dial for a few seconds, you’re taken to another mode that allows for a six-point lighting schedule. In this schedule, users can set the intensity of each channel at six different points of time within the day, basically giving you an elaborate sunrise and sunset. Of course, an on-board clock keeps the lights turning on and off at the desired times.

Moving on to the other features, the Razor comes standard with a good variety of mounting options. Adjustable legs allow for easy installation over aquariums up to 36″ long for this model, and an adjustable hanging kit allows the light to be suspended over just about any setup. As for the build quality, the fixture is really lightweight, but accomplishes this without sacrificing rigidity or quality. The large, flat body is made from coated aluminum, with plastic accent pieces surrounding the fan and LED banks, as well as capping off the ends. The metal body serves as a big heatsink, allowing heat to be passively removed from the fixture. Also aiding in the cooling process is an under-mount fan, which rests between the LED clusters. This fan is extremely silent in its operation, being almost inaudible even when you’re sitting in a quiet room with no gurgling tank noises in the background.

All in all, we’re very happy with the Razor, and have actually been a big fan of the fixture since seeing it over various aquariums, whether they be at trade shows or the tank of a local hobbyist. We plan to put it through our usual rounds of testing, and be sure to check back for a detailed step-by-step video for using the Razor’s on-board controller. 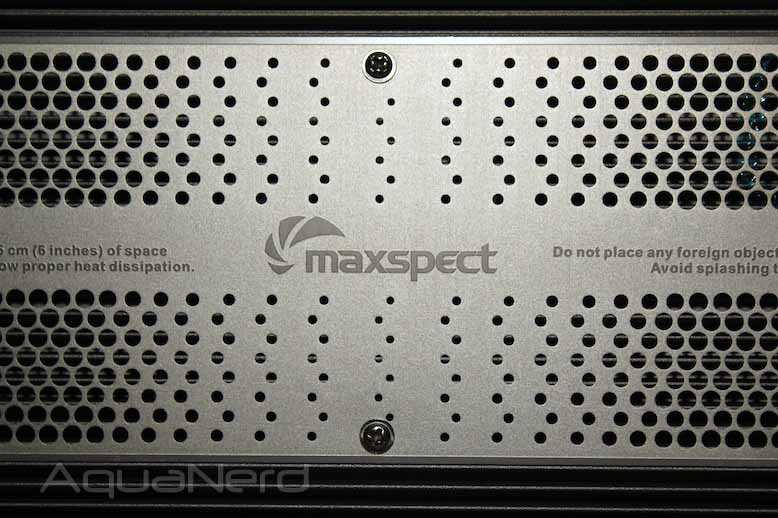 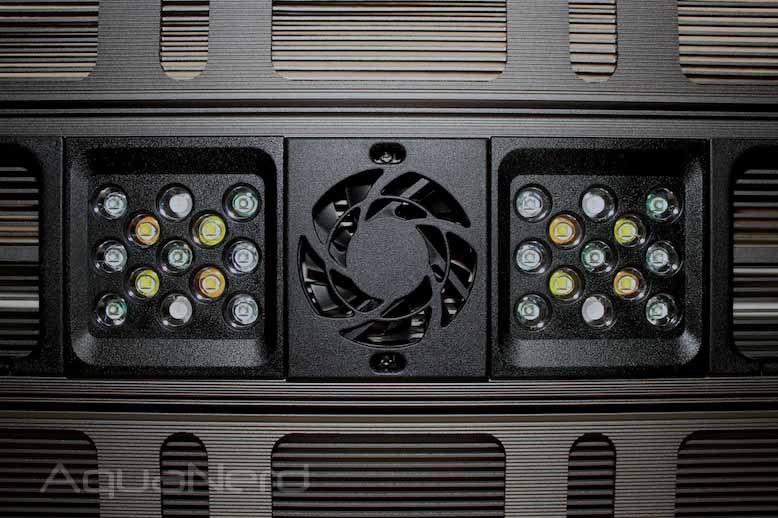 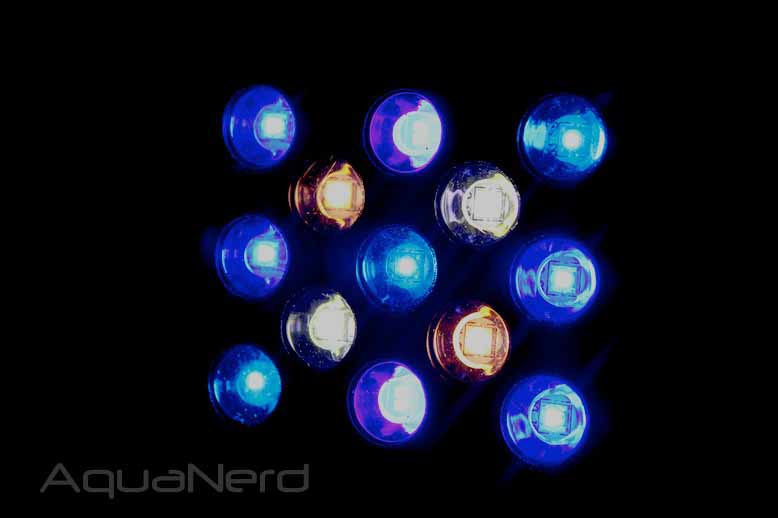 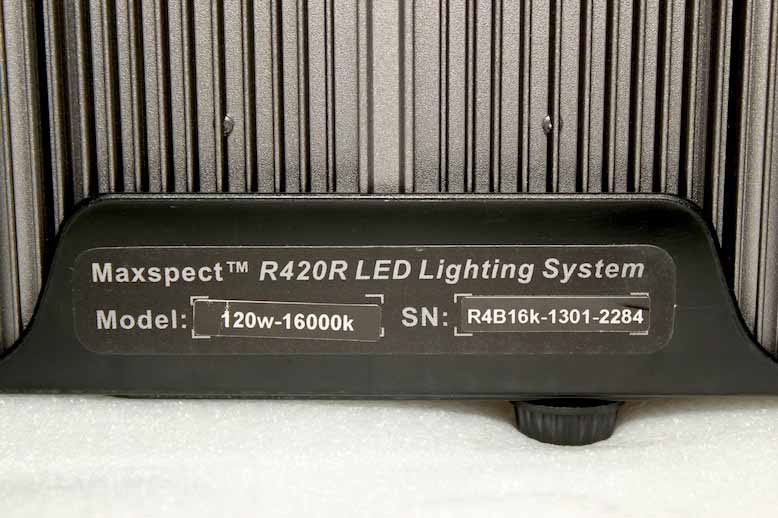 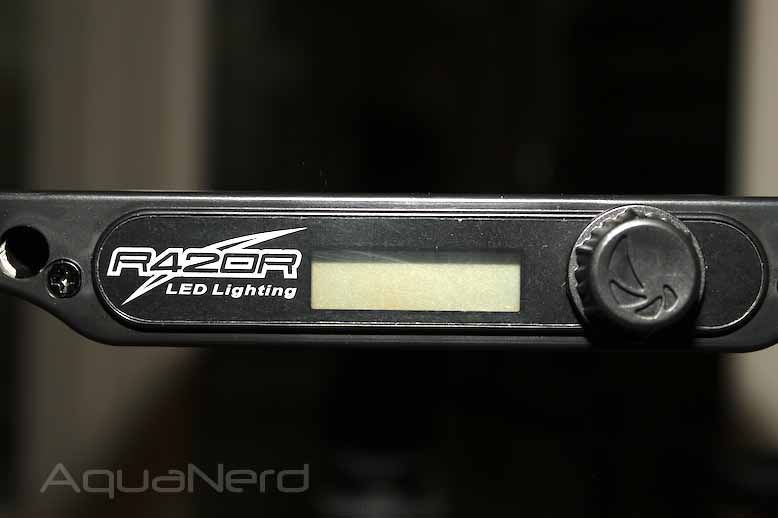 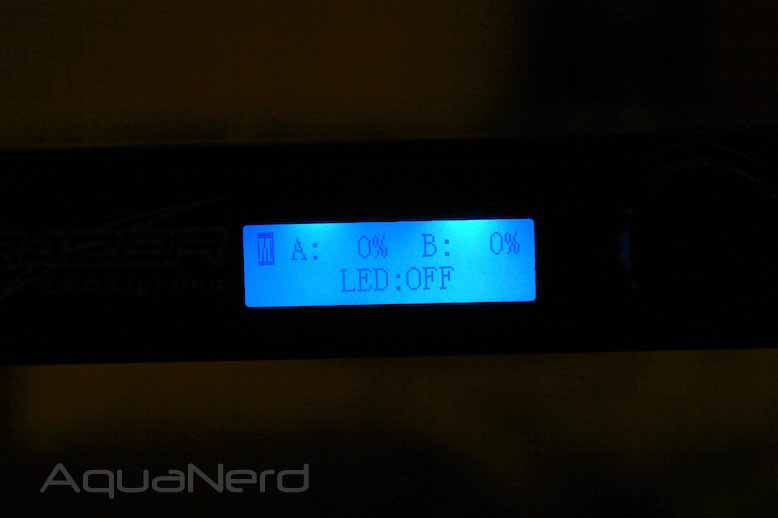 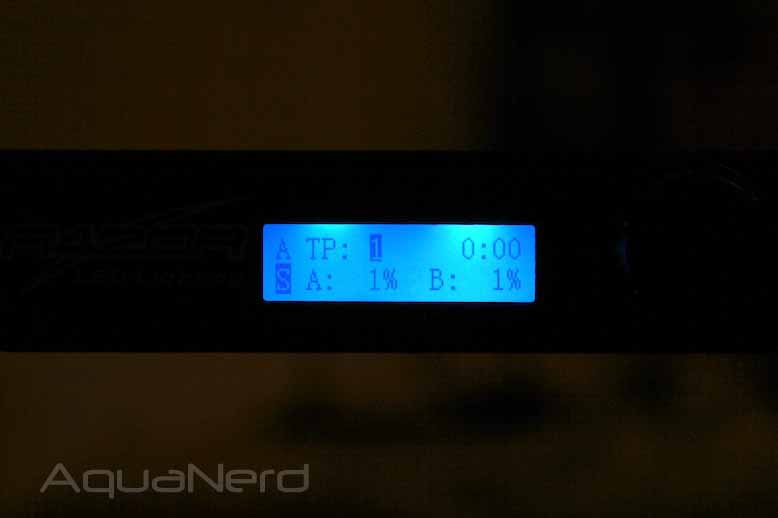 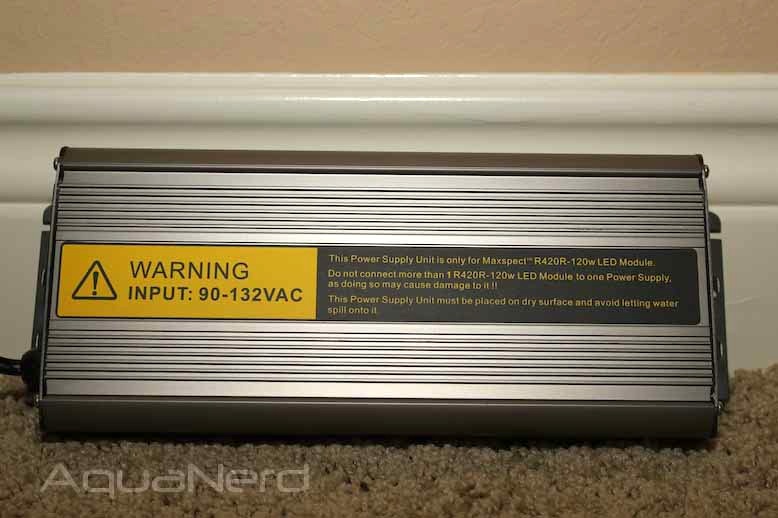