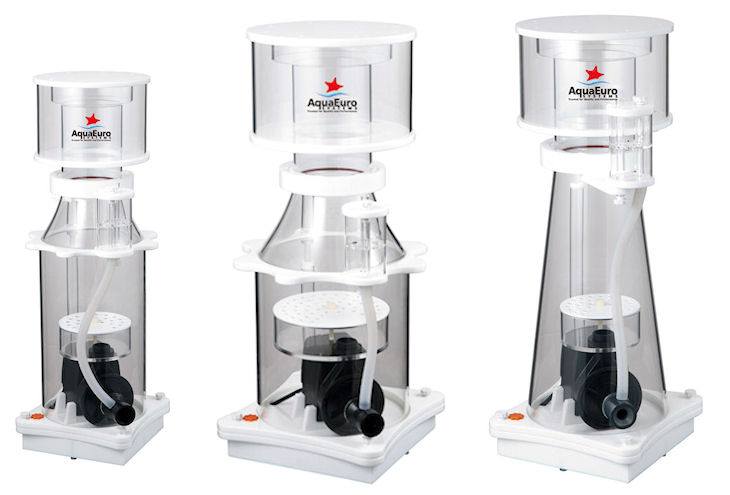 Aqua Euro Systems, which has gone by Aqua Euro USA for such a long time, has just unveiled their latest addition to their vast product line. The aquarium equipment company just anounced that they have their new Apex protein skimmers in stock, but there’s something all too familiar about these skimmers. While there were no details given, we’ve seen these protein skimmers at least once before.

If you’ve been in the hobby long enough, you just might know how Aqua Euro operates. Most of their products, especially their protein skimmers, are just re-branded products from other companies. For the longest time, Aqua Euro targeted Reef Octopus and virtually mimicked their entire product line, changing maybe just the skimmer pumps or some minor details.

These Apex skimmers are no different. They look identical to those offered up by Skimz, which were released a few years ago at this point. The body of the Apex looks exactly the same as the Skimz SM series skimmers with no attempt at a change. And in all likelihood, the pumps are the same too.

It may seem like we’re picking on Aqua Euro, but we’re singling them out now purely out of convenience. They aren’t the only company to re-brand products only to sell them at a cheaper price. It’s just that they are annoucing their newest product, which appears to be identical to another, well respected product.