Trending
You are at:Home»Aquarium Livestock»Gorgeous Master Scolymia Puts Other MACNA Corals to Shame 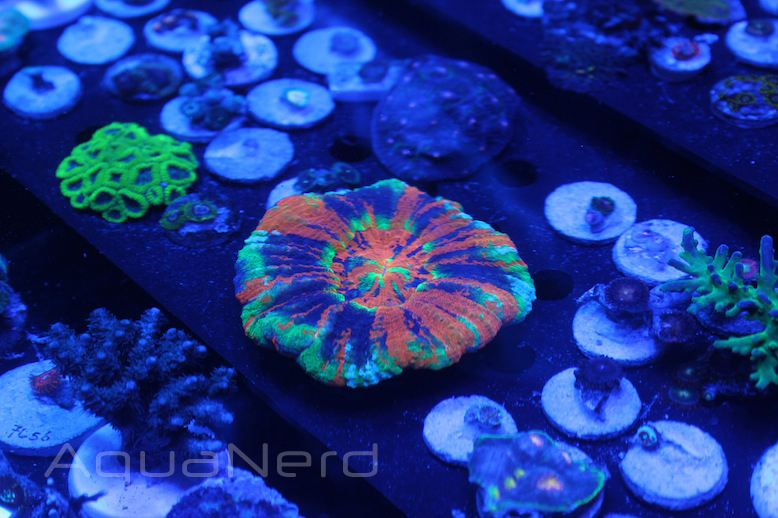 Of all the corals here at MACNA, I think we have found the best one. Beautiful Corals has a Master Scolymia that literally makes all the other corals around it look drab and ugly. Just let the picture speak for itself. When we took the picture, one of the guys manning the booth asked how the picture turned out. After all, there is an awful lot of blue lighting. When we showed him the picture, we all chuckled at how unattractive the rest of the tank looks because of that coral, and there aren’t any slouches in the tank. The going rate for this piece is $1500 last I checked, though if it sticks around at the end of the show, we might have a more motivated seller that’s willing to make a deal.