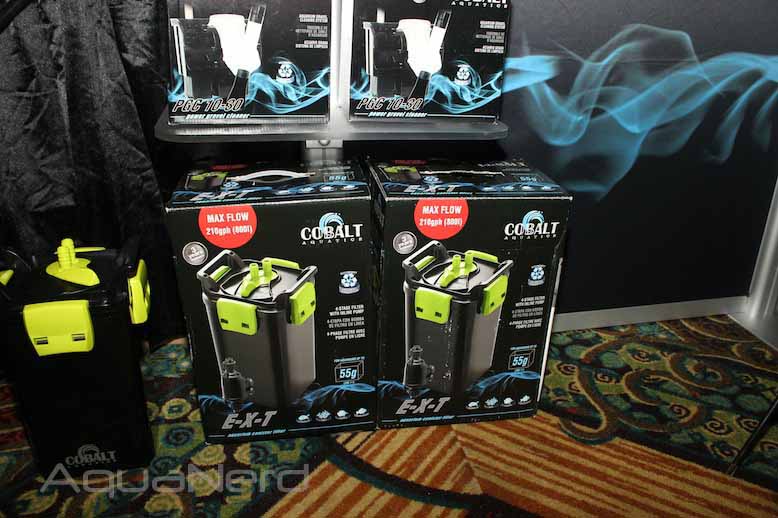 The E-X-T canister filter from Cobalt Aquatics isn’t exactly new to the aquarium scene, but it’s so unique that it is certainly worth a mention. While it does push water through a series of contained media packets, as with any other canister filter, it is different in that it uses an externally located inline pump. Instead of using a pump built into a big, gaudy canister body, the E-X-T uses a tiny little pump that is plumbed inline with the tubing. 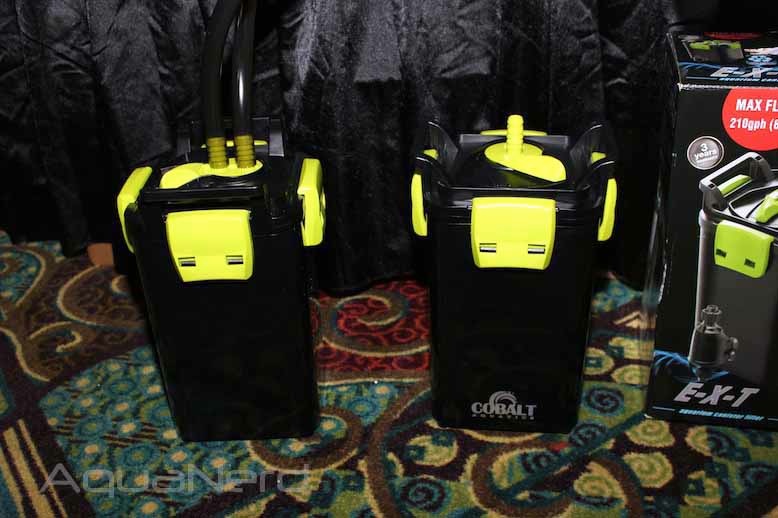 Locating the pump externally allows for two things, more room for media and the ability to remove/replace the pump without tearing into the equipment and breaking a bunch of stuff. And it doesn’t even matter where in the plumbing you place the pump. It can stay near the body of the filter, or you can move up near the top where water is sucked in. Either way works just as well.

Like with most canister filters and media reactors, water is brought to the bottom of the chamber and allowed to flow upward through the media. This allows for the best filtering ability, while at the same time maintaining decent water flow. A quick release valve shuts off water to and from the filter for super easy maintenance. But even the quick release is something special. You won’t need to turn off the pump, like with most canister filters, because with a flip of the shut off the EXT Pump turns into a closed loop that keeps the water moving. This means you won’t have to fuss with re-priming the pump or anything like that. 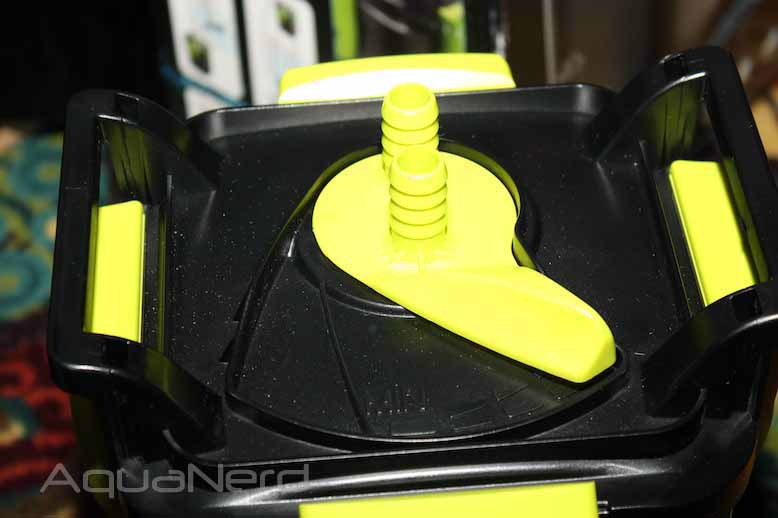 The Polish built E-X-T only comes in one model that is capable of tanks up to 55-gallons. For larger tanks, a pair or more of the filters can be used, and with a price at $150 and some change, it won’t break the bank to have more than one. 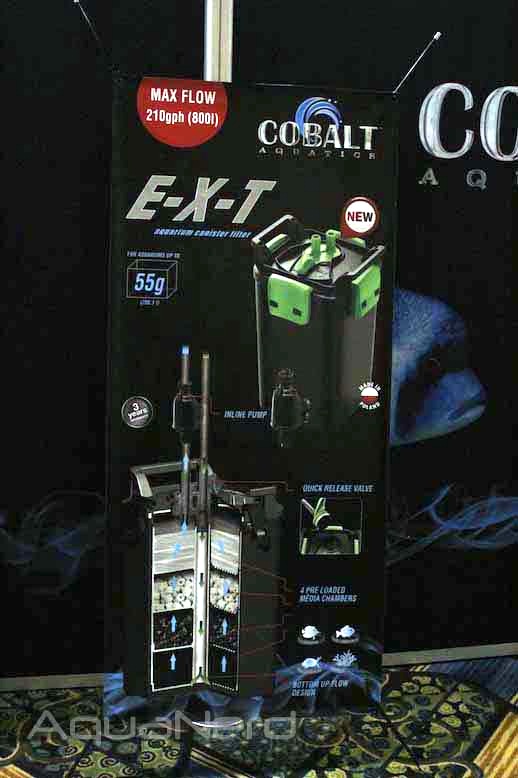