Trending
You are at:Home»News»Todd Gardner Announced as the 2013 MASNA Aquarist of the Year 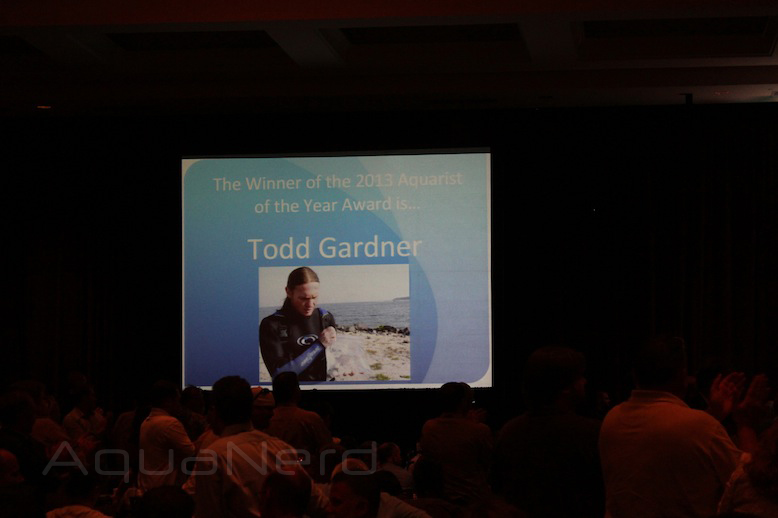 All of the nominations for the MASNA 2013 Aquarist of the Year have been widdled down to just one, and that person is none other than Todd Gardner. The MASNA Aquarist of the Year title goes out each and every year at MACNA to one deserving individual who has expanded the hobby in some meaningful way. Congratulations to Todd, who we all know deserves this highest honor. In brief, Todd has successfully bred more than 50 marine species in captivity, and although he has left the Long Island Aquarium for a collegiate teaching position, he will still pursue his passion for fish breeding. We will have more details about his accomplishments later, so stay tuned for those.

The MASNA Aquarist of the Year is hand selected not by a board of just a handful of people, but by the aquarium hobby as a whole. MASNA members write in their nominations each year, with the person on top of the leader board getting the nod.