Trending
You are at:Home»Aquarium Equipment»Elos Planet PRO Debutes at MACNA with Loads of Wireless Features 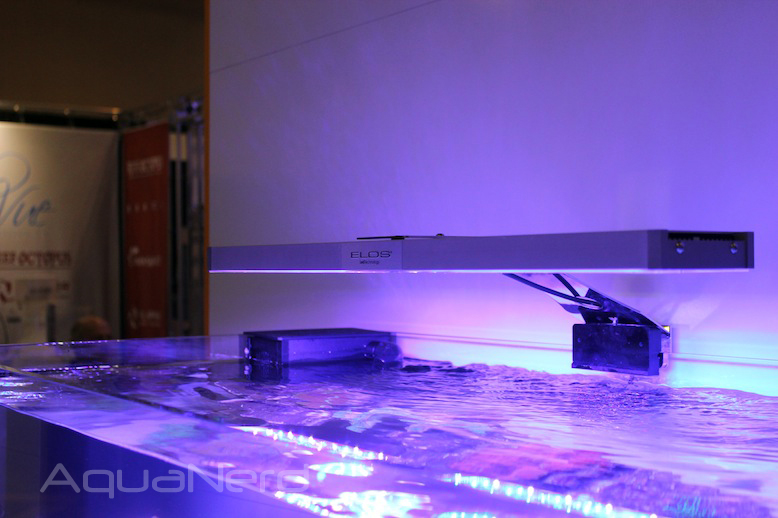 MACNA is always a playground for new products, and the high end aquarium equipment manufacturers from Elos didn’t disappoint. Although their typical vehicle for new product releases has traditionally been the internationally renowned aquarium show, Interzoo, they treated MACNA attendees to their latest developments in the LED world. Elos unveiled their Plant PRO while shacking up with CoralVue in one sprawling booth. CoralVue recently took over exclusive distributorship of the entire Elos line for North America, hence the announcement at this year’s show, but I digress. The new Planet PRO is absolutely packed with features, including impressive modularity of the LED components, programmable NFC tags (a first for the aquarium industry as far as we are aware), an on-board timer, WiFi connectivity, and Bluetooth. It’s basically got all of the most popular methods of wireless control, and the fixture looks oh so sexy to boot. 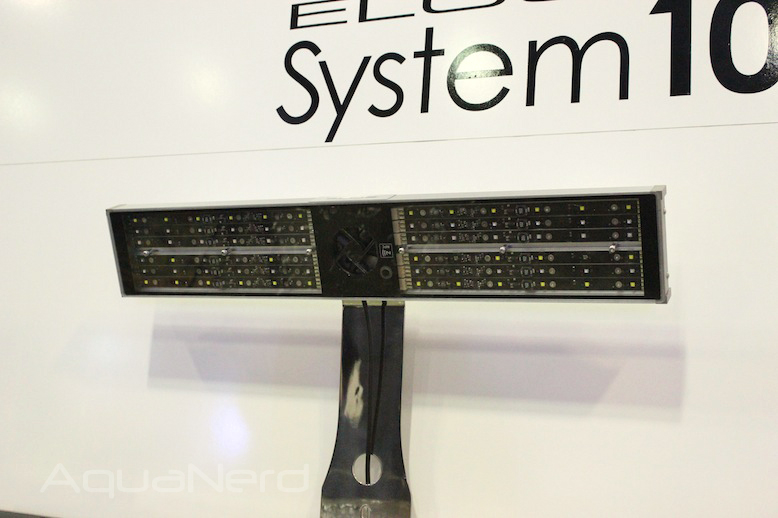 The new Elos Planet PRO comes packed with 24 LEDs, but that number can be tripled (up to 72 LEDs total) by swapping out the LED strips. With this option, users can not only customize the intensity of the fixture, but they can also pick and choose which colors to use to give you the most control over how the aquarium looks. The color options include white, red, blue, green and UV. The fixture comes stock with 120 degree lenses, but they can be easily exchanged with a variety of available lenses that include 15, 25, or 80 degree optics. 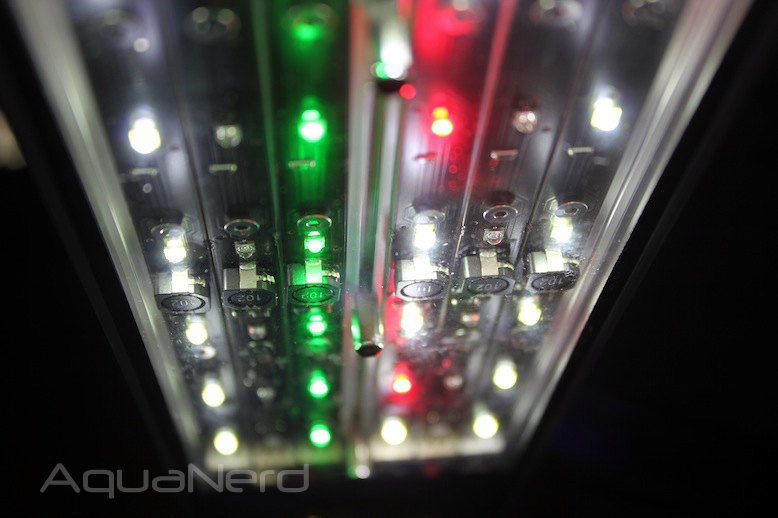 While those are all quite impressive, it’s the control features that have us drowning in a puddle of our own drool. Besides the standard issue on-board timer, the Elos Planet PRO is fully controllable via WiFi, Bluetooth, and even NFC (near field communication). This gives users the ability to control the fixture from a computer, tablet, or any of the smartphones currently on the market. Besides smartphones and PCs, the WiFi features also allow the Planet PRO to communicate seamlessly with the Elos e-Vision touch screen controller.

Those are all top notch features in this day and age of aquarium lighting, but Elos takes it one step further. They also included NFC programming, which works almost identically to RFID (radio frequency identification). The NFC chips have a maximum range around four inches, but the concept for the Elos Planet PRO is that you can literally tap the fixture with your NFC friendly device (e.g. smartphone) and you’ll instantly gain access to all of the lights controls and information. The Planet PRO is the first of its kind to use NFC technology, as far as we know, and we can certainly see the value of having it on board.

The Planet PRO will have an estimated price tag of $900-950, and will come stock with 24 LEDs. Additional LEDs can be purchased separately, as we mentioned earlier. 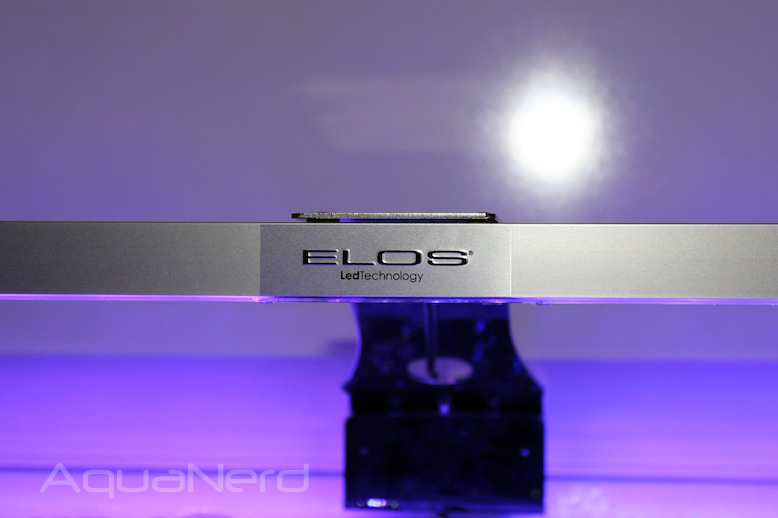 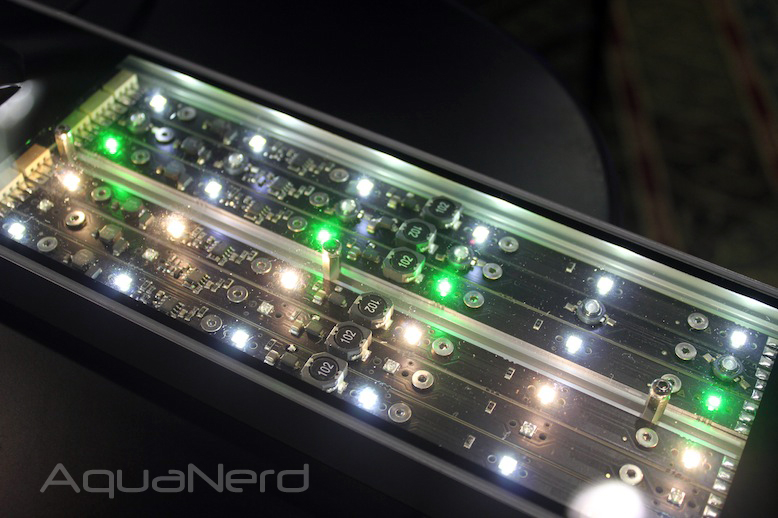 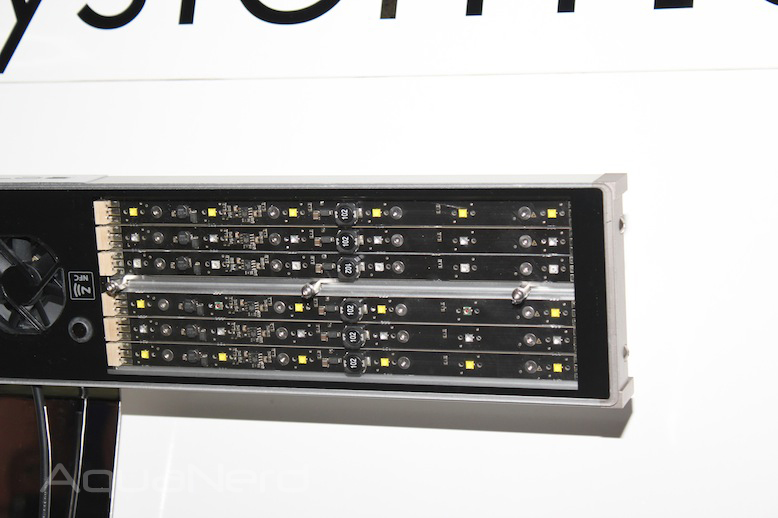 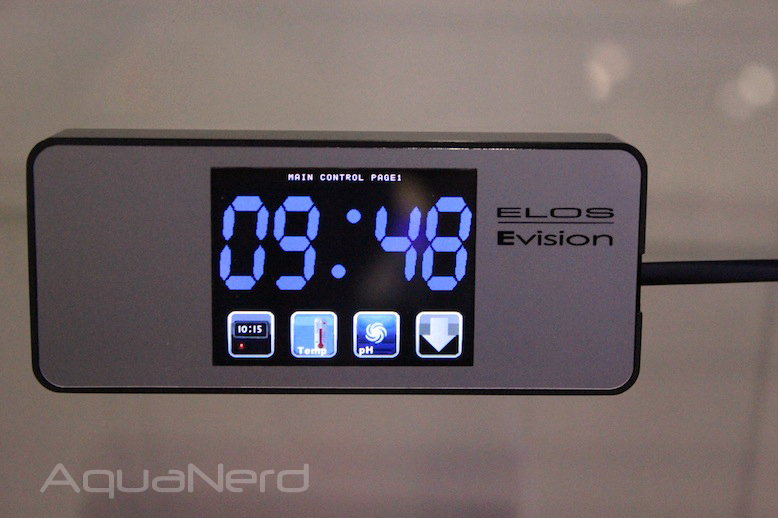