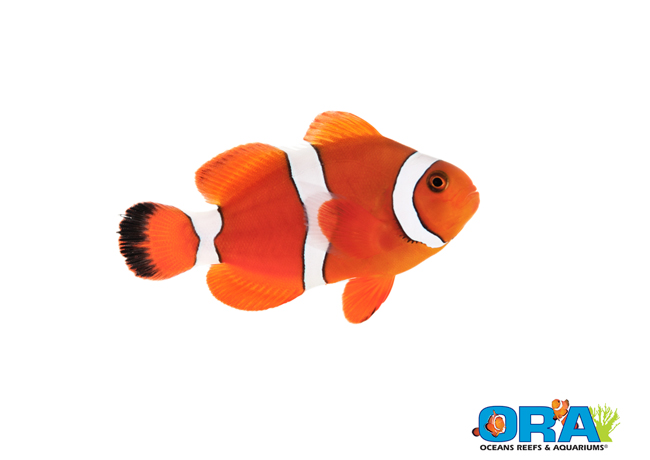 It was love at first sight, according to a new article from Oceans Reefs & Aquariums that announced their first ever intentional hybrid, the ORA Blood Orange Clownfish. The story about how this clownfish hybrid came to be is a bit unusual, but it makes for a great read.

In short, ORA acquired a breeding clownfish pair from Larry Lau of Eco Reef Aquariums back in 2012, but it wasn’t a typical pair of clowns. Instead, it was a mixed species couple that consisited of a female Goldstripe Maroon clownfish (Premnas biaculeatus) and an Ocellarish clownfish (Amphiprion ocellaris). According to Larry, he sold the female GSM clownfish to a customer 10 years ago. When the customer had to relocate, the clownfish was given back to Larry, who placed her in a large display reef with a large carpet anemone. 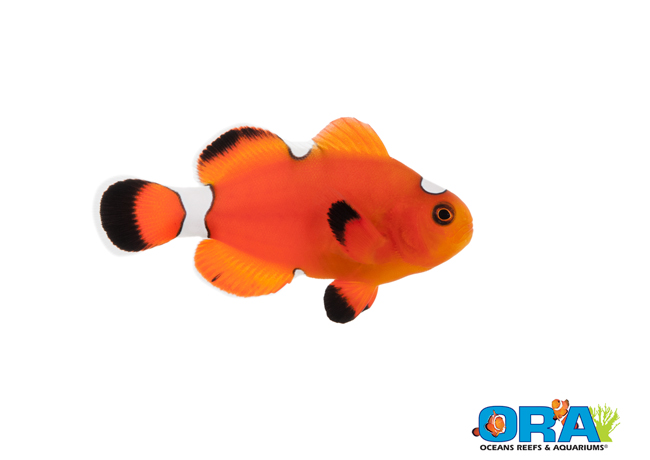 A year later, Larry was given an adult Ocellaris clownfish and thought the 200-gallon display would be more than enough space for the two fish to cohabitate. To his surprise, the Ocellaris clown swam right up to the GSM, who more surprisingly accepted it into her anemone. The GSM not only accepted the Ocellaris as a living partner, but even danced for him. Within 3 months from introduction, the two fish were regularly spawning, with egg clusters being clearly viable.

In December 2012, Larry handed over the breeding pair to ORA in hopes that their hybrid offspring could be raised to maturity, and a year later ORA is introducing the Blood Orange clownfish to the market. 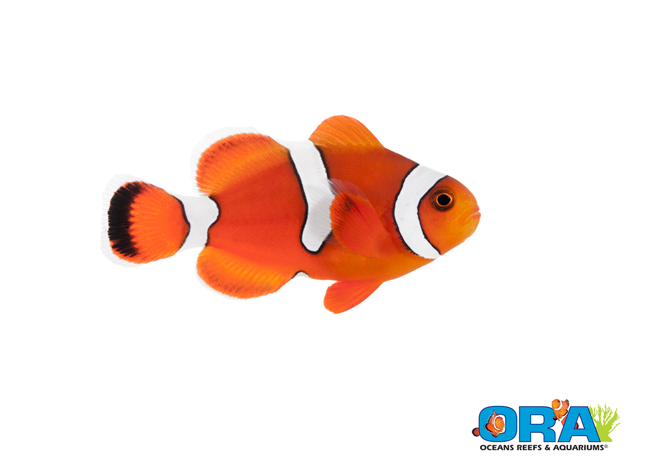 The clownfish take on the best features of each parent. They have large fins that are present in the GSM, and retain the thick black barring of the Ocellaris. The color is said to be a unique shade of red, and it it unknown if the clowns will show any gold striping present in the parent GSM. The clownfish’s temperment is said to be a good mix between the two speices, as in not as aggressive as the maroon clown and not quite as docile as the ocellaris. ORA recommends using caution when introducing these to your aquarium in the event that the clown adopts a more aggressive demeanor. ORA states that, from their experience with hybrids of this type, the Blood Orange Clownfish will probably be quite large like the GSM clown.

The ORA Blood Orange Clownfish will start showing up at retailers next week. 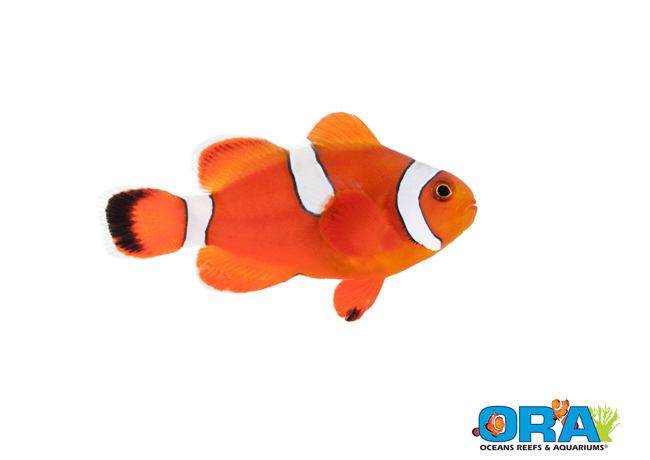 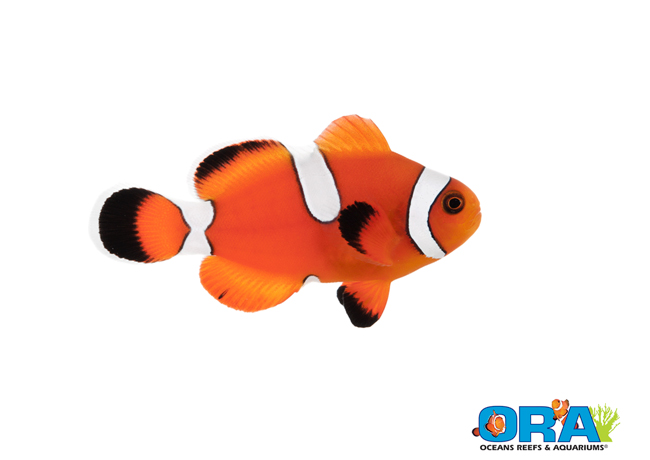