The CoralVue booth was full of all sorts of goodies at this year’s MACNA. Besides all of the sweet Maxspect and Elos products (some of which we haven’t even gotten to yet), they are showing off a brand new Sharkman controllable powerhead, which will be Reef Octopus’ flagship powerhead. Like many controllable powerheads on the market, the Sharkman produces a strong stream of water flow at a relavitvely low energy consumption. A two-channel controller allows users to modify the flow rates for a pair of pumps, which includes a pulse mode that can create significant wave action. Only one model was on demo at MACNA, which we believe is an 8,000 LPH (approximately 2100 gph) model, but it won’t be the only one available to this new line of controllable pumps.

The Sharkman pumps aren’t wholly dissimilar to other powerheads on the market except in two key areas, their controller and their mounting system. The Sharkman Wave Controller is simple and easy to use, providing a digital readout for the selected speed of the pumps and a countdown timer for the food timer function. Both the speed of the pumps and the frequency of the pulse can be independently adjusted to allow for whatever sort of wave action is desired. 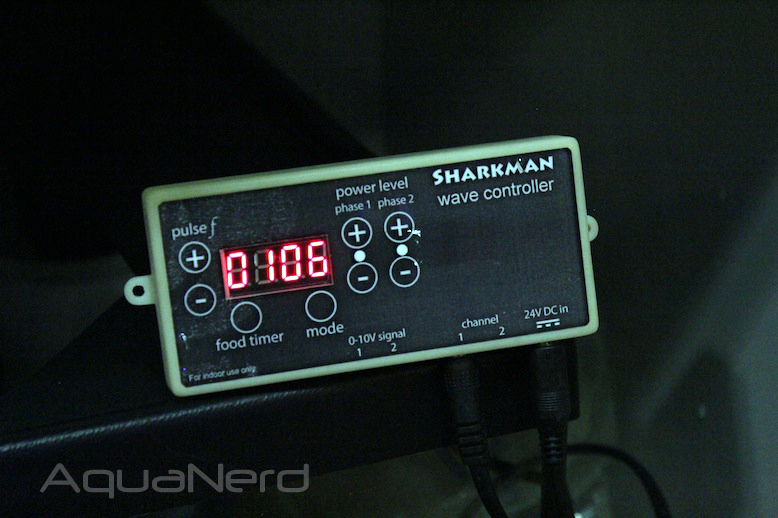 As for the pump’s mounting hardware, well, there are no magnets. But don’t be disappointed. The suction cup mount on these pumps is quite out of the ordinary, as an extremely strong suction force is created by twisting the base of the pump. Once it is on there, it’s on there, believe me. While it isn’t the most ideal system in our opinions, the lack of magnets will certainly take away from the bottom line, which we home leads to savings for the consumer. 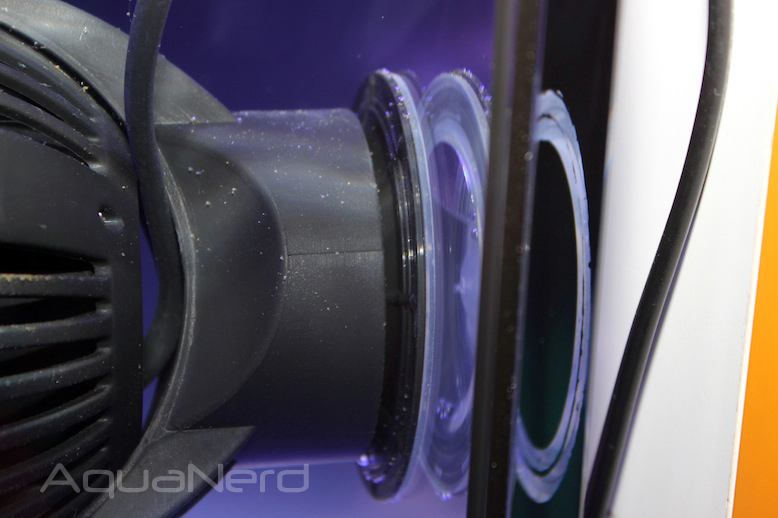 We’re told that the Sharkman name will change at some point, so don’t go falling in love with it. We’re not sure when it will change or what it will change to, but it’s definitely going away at some point. The pumps are basically ready to go, but we weren’t told of a concrete date for their release, or a price for that matter. We’ll keep bugging the CoralVue guys until we get our answers, so stay tuned for more updates. 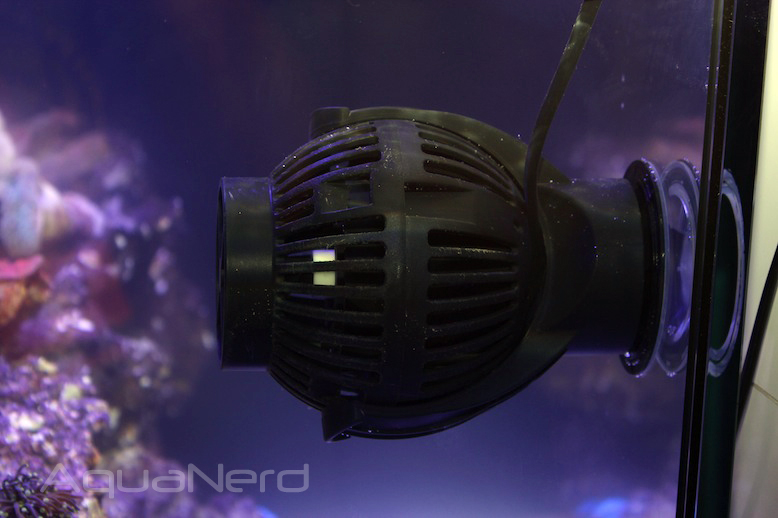