Trending
You are at:Home»Aquarium Clubs»Giving Your Friends Free Corals Can Significantly Help You in the Long Run 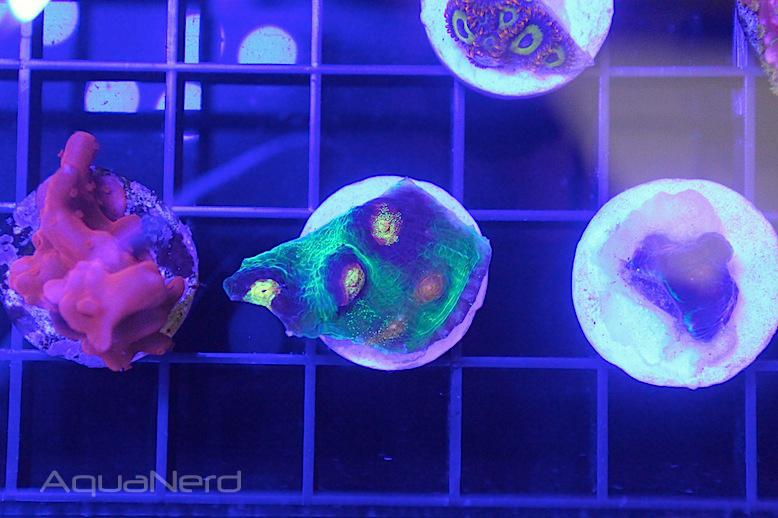 If you truly value any of your corals, especially the rare and expensive ones, you should give them away for free. What?!? Does that really make sense? Sure it does, if you follow this reasoning. If you have some rare coral and don’t spread it around to your closest friends, then you run the risk of never seeing it again if you encounter some catastrophic aquarium wipeout. By giving out free frags, you ensure that the coral strain will continue on despite your success with your own aquarium.

While it may not make a whole lot of sense to give away something you could make a little cash on, you ensure that you don’t lose out on a coral entirely. So many times, we’ve heard of stunning tanks taking a quick nose dive with one of a kind livestock going with them. For big, mature tanks that have been around for a while, chances are there are frags of each of those corals somewhere in the local community. And chances are, if a tank like that goes down, the locals would be more than willing to help restock that setup. For aquarists who aren’t so generous or just don’t have a good rapport with their local club, they may never see a coral ever again if they have a tank meltdown. A potential disaster should be reason enough alone for any hobbyist to help spread their corals around.

For these reasons, a lot of hobbyists have formed community frag tanks and “pay-it-forward” programs. In each of these group projects, hobbyists basically donate a coral to a pooled collection of coral frags. You donate a coral, you get a coral in return. Personally, I am not a huge fan of these programs, simply because there is always one or two “shady” hobbyists who take advantage of other people’s generosities, but in theory they are the perfect solution to coral propagation.

With the community frag tank, generally one person assembles and maintains a frag tank that multiple hobbyists donate corals to. The equipment can either be wholly owned by the frag tank operator, or several hobbyists can donate equipment to help it run. Either way, corals are donated to the tank, but typically as temporary residents since they still belong to their original owners. The corals can be grown from frags into mature colonies, or hobbyists can just donate a bunch of coral clippings if they don’t have room in their own tank to grow them out. The possibilities are endless, with the goal being to grow and propagate corals. The frag tank owner may keep a small frag of the coral as payment to use the tank.

For the “pay it forward” style system, a community frag tank may or may not be used. The idea with this program is that a hobbyist donates a coral to another hobbyist in the program. Then, at a later point in time, the donating coral keeper gets a free coral in return from some other participant of the program. The idea for this system is a give and tank. If you donate, you can receive.

There are multiple ways for you to spread your corals around, and because we’re not a hobby that should be focusing just on the monetary aspect of flipping corals (from the hobbyist perspective), we recommend that you find some way to give away corals. If anything, self preservation should be enough of a driving factor.