Trending
You are at:Home»Aquarium Livestock»Peppermint Angelfish Trickling into the US, First Stop Living Reef Orlando 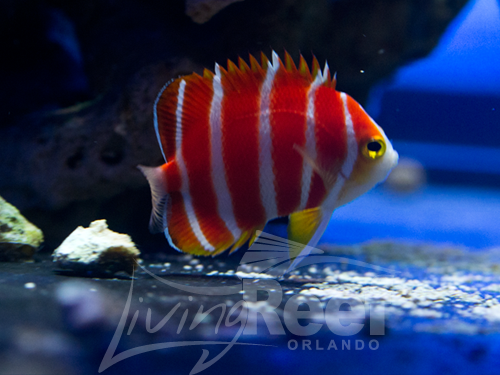 It’s official. US aquarium hobbyists will be treated to the legendary peppermint angelfish, and it’s not just one fish that they will be seeing. Apparently, a handful of the holy grails of the angelfish world have made it stateside, and the first one we’ll be discussing is the tiny peppermint at Living Reef Orlando.

According to a recent post on Reef2Reef, the angelfish is sort of for sale, sort of not. LRO staff are holding off on listing the fish for sale until it settles in from its long journey from halfway across the world. After it gets situated, LRO will entertain offers, claiming that a 700-gallon aquarium that is currently being built will eventually be its home if it doesn’t sell.

We have confirmed that at least one other peppermint angelfish is in the US (excluding the Waikiki Aquarium’s specimen), and we should be getting images of it soon enough. We have also heard rumors that a few more may be around, but haven’t been able to confirm those.