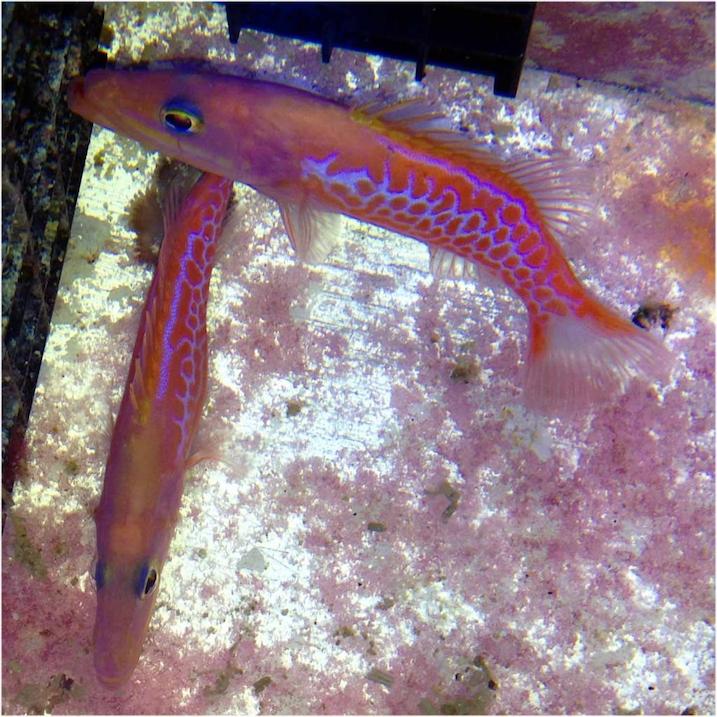 The Dr. Seuss Soapfish (Belonoperca pylei) is one of the rarest and most unique looking fish to ever enter the aquarium trade. The odd shaped head and bright coloration really make the species stand apart from just about everything else. Only a handful have trickled into the hobby over the past few years, and the crew at AquaSD has a pair in stock right now. Recently posted on their forum over on Reef2Reef, the fish have been in the United States for a little more than a week and both have been treated like rock stars. They have each been given dips (we presume freshwater to kill any potential parasites), and they are both reportedly eating like little piggies. To further ensure their longevity, AquaSD won’t actually let either go until they are comfortable that the two fish are in the best health and have adapted fully to the captive life.

Even though the fish will be staying in San Diego a little longer, the line of potential buyers for the Dr. Seuss Soapfish will undoubtedly grow significantly as the days go by. The fish are listed individually at $4000 per, or as a pair for $7000. Surprisingly, this is one of the cheapest price points that we have seen these fish, both as individuals and as a pair.

There is little left to be said about the Dr. Seuss Soapfish that hasn’t already been said before, but what we can look forward to is videos of these two individuals from AquaSD, which have been promised.