Trending
You are at:Home»Aquarium Livestock»Picture of the Week, Emperor Angelfish 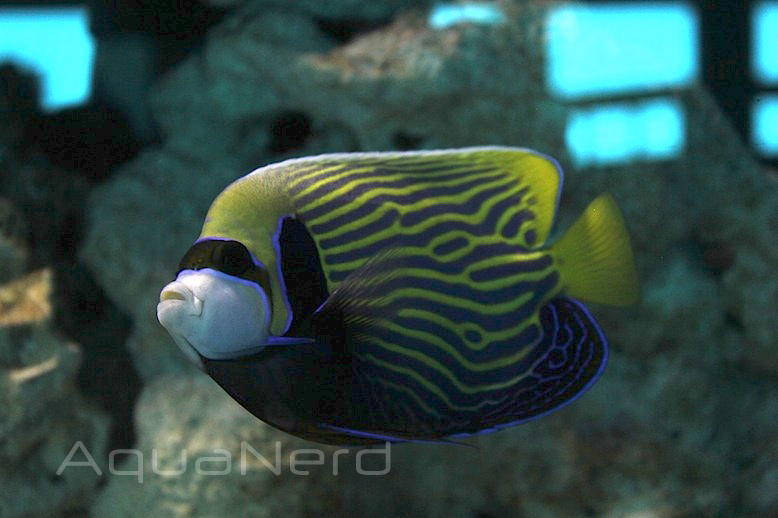 For this week’s installment of the AquaNerd Picture of the Week, we’re going back to south Florida to see this gorgeous emperor angelfish (Pomacanthus imperator)from the Miami Seaquarium. We took a brief break from MACNA to do a little sightseeing, and happened across a really fun public aquarium. There were dolphin and whale shows like most other public facilities, but it was the other tanks at the facility where we found the most enjoyment. Under the arenas where the dolphins played were dozens of aquariums, each filled with a wide variety of sea life. One tank housed a bunch of pearly jawfish, while others held squirrelfish and stingrays. In the drably lit mixed reef, we spotted this emperor angelfish, with its bold yellow coloration lined with blue and black. It was a clean looking fish, with not a single blemish on it.