Trending
You are at:Home»Aquarium Livestock»Picture of the Week, Two Spot Wrasse 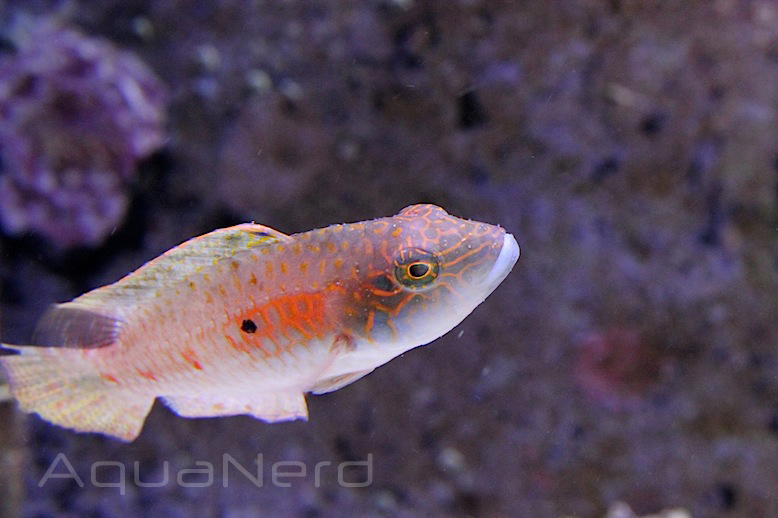 We usually focus on reef safe fish in our picture of the week, as we’re partial to anything and everything that goes well with corals and sessile invertebrates, but this week’s installment features a not so reef friendly fish. The fish pictured is a two spot wrasse (Cheilinus bimaculatus), and we chose this particular image because of the intricate detail shown in the fish’s face. Because these fish are good hunters of small invertebrates, they are constantly moving their eyes and poking their heads into small crevices. This wrasse was doing just the same during this photo session. This particular fish was quite small, and we believe that it had a juvenile coloration as larger members of the species are often darker in color with more complete patterning along the body. Either way, a fish like this makes for a great predator tank candidate, or perhaps an aggressive reef.