Trending
You are at:Home»Aquarium Livestock»Tomini Tang with Two Tails Shows Up at RVS Fishworld 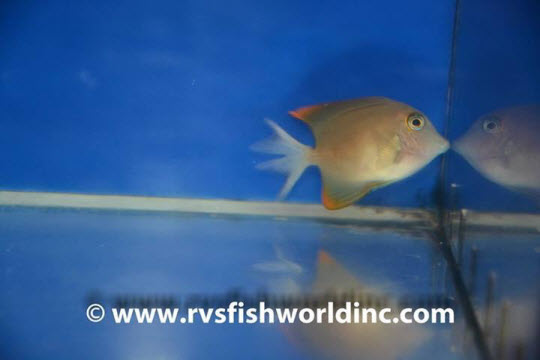 Check out this amazing Tomini tang…it’s got two tails! A couple of days ago, we heard that this beautiful little oddball had been caught by the crew at RVS Fishworld, and while we didn’t have pictures or even a good description to base our thoughts and feelings on at the time, we were super excited at all of the possibilities. All we knew from telephone conversations was that the fish had two tails. Of course, we had our expectations, and this fish blew them right out of the water. The Tomini tang has two perfectly balanced, almost completely symmetrical tails, one right on top of the other. The extra tail isn’t growing off to the side or located in some odd location, and it isn’t underdeveloped. Instead, it’s perfectly located, perfectly developed, giving the fish a very interesting look.

Tail abberations on marine and freshwater fish are nothing new. We’ve seen plenty of tail-less fish, with the most recent to enter the aquarium trade being a tail-less bandit angelfish coming from Pacific Island Aquatics. Fin abnormalities are also quite prevelant in fish bred in captivity, as their diet and living conditions from day one has a heavy influence on fin development. That said, we’re not sure why a fish would grow an extra tail, other than some random mutation early on in development.

Tail abnormality aside, this fish is rather normal looking, though drably colored, which could be a result of stress from being recently caught. We can’t wait to see what the fish looks like once it gets into a well-established tank and puts on some of that normal Tomini coloration, because we think this fish is a knockout! 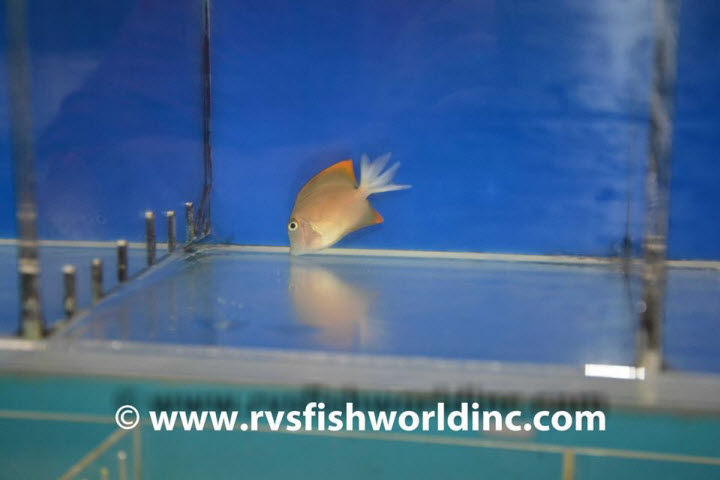 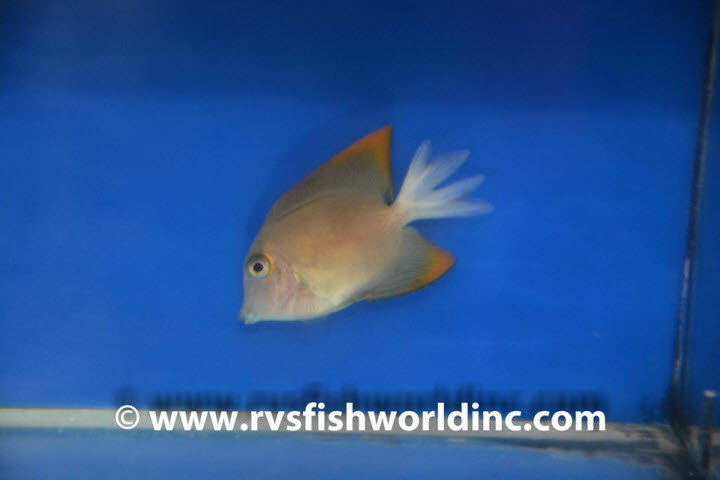