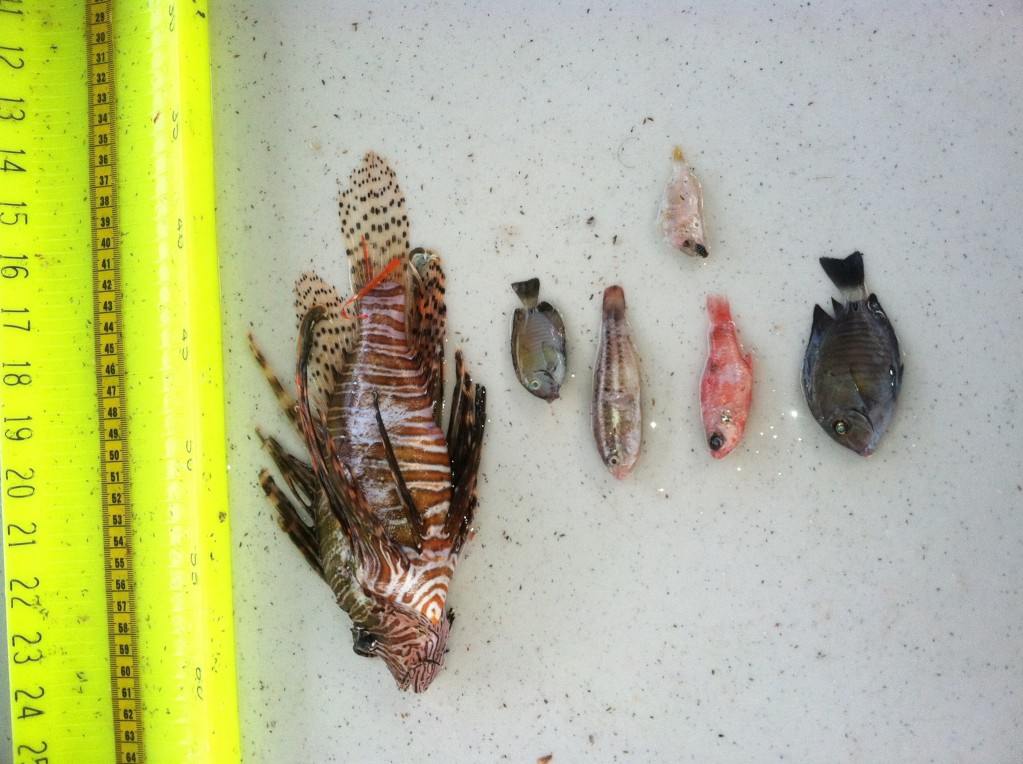 By now, you should all be aware of the lionfish invasion of the Atlantic and Caribbean. It is a problem that has now been around for several years, and one that we’ve talked about on more than one occasion. Despite that, it is still a shock to see the devastation that these fish are dishing out on their non-native reefs, and there has been no better visualization that the image posted above. In the image, the dead lionfish is laying side-by-side with what was reportedly removed from its stomach…and the size and number of fish are just mindblowing.

The 10″ predator had a total of five fish in its gut, with two of them being tangs of a fairly reasonable size. The other three fish are noticeable smaller, but pack all of that into one stomach and take into account that all but one fish look even barely digested, and you’ve got a scary scenario on your hands.

So now that you have a feel for what kind of damage a single 10″ lionfish can inflict, now think about all of the thousands upon thousands of adult sized lionfish that are permeating through just about ever square inch of the Caribbean and easter Atlantic. We’re talking about fish that are up to a foot and a half long, almost double the size of the lionfish pictured above. Imagine how much destruction those fish can cause, cumulatively. It truly is a scary thought.