Trending
You are at:Home»Aquarium Livestock»Picture of the Week, Giant Aiptasia Anemone 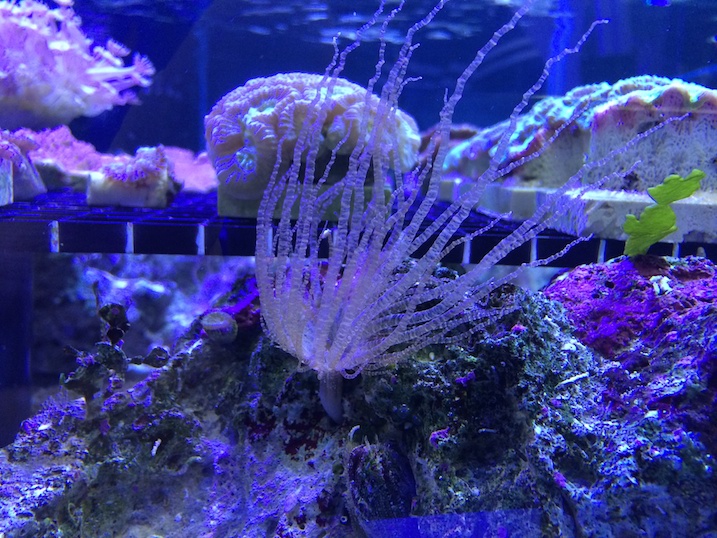 Over the weekend, I did what most hobbyists do, and that’s fish store hopping. Even though the trip was brief and ended with me getting a bit frustrated with the store owner for his lack of customer service, I still had a halfway decent time looking over potential livestock and watching my daughter point to all of the fish and excitedly yell. Then I happened across this gigantic Aiptasia anemone.

Most of the time, seeing Aiptasia in an aquarium store would leave a bad taste in your mouth. But this one was too ridiculously large to get mad about. It was pretty much the only one I saw, which makes me think that perhaps it was a joke or some sort of store mascott. The only reason I say that is because all of the tanks were so meticulously clean, and the store owner is a bit of a neat freak. He won’t even let people touch the aquariums, or take photos of stuff…a policy I obviously broke.