Trending
You are at:Home»Aquarium Livestock»Picture of the Week, Unknown Coral 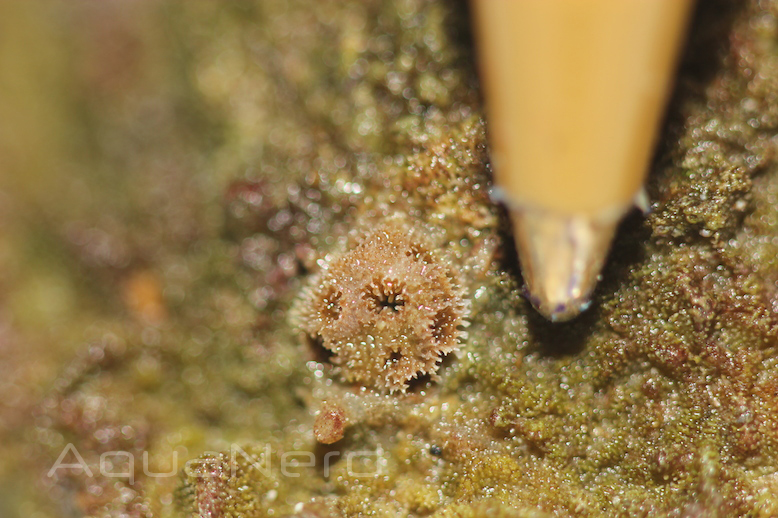 Our first Picture of the Week for 2014 isn’t one of a well known fish or coral. Instead, we’re presenting you with a real head-scratcher. We spotted this tiny little coral in our nano aquarium months ago. From a distance, it sort of looked like a mushroom coral, as it appeared soft and swayed in the water current. Upon closer examination, it was found to have a hard skeleton and numerous corallites. Both intrigued and confused by the possibilities, we turned to the experts, none of whom could come to a consensus.

The one suggestion that stuck with us the most is the possibility that the coral could be Pocillopora damicornis. The tiny coral resembles the Pocillopora quite a bit, but there is a big problem. There hasn’t been any corals added to the tank in months, and on top of that, Pocillopora has never been added, at least intentionally. A few others tossed out the idea that the coral may be of the LPS variety, namely some sort of favia, glaxea, and so on.

So, this coral will remain an unknown for a while, with a positive ID hopefully occurring as it grows into a larger colony. If you have an idea as to what it might be, feel free to chime in.