Trending
You are at:Home»Aquarium Livestock»Lightning-esque Bluestripe Clown Shows Up at Walt Smith Int’l 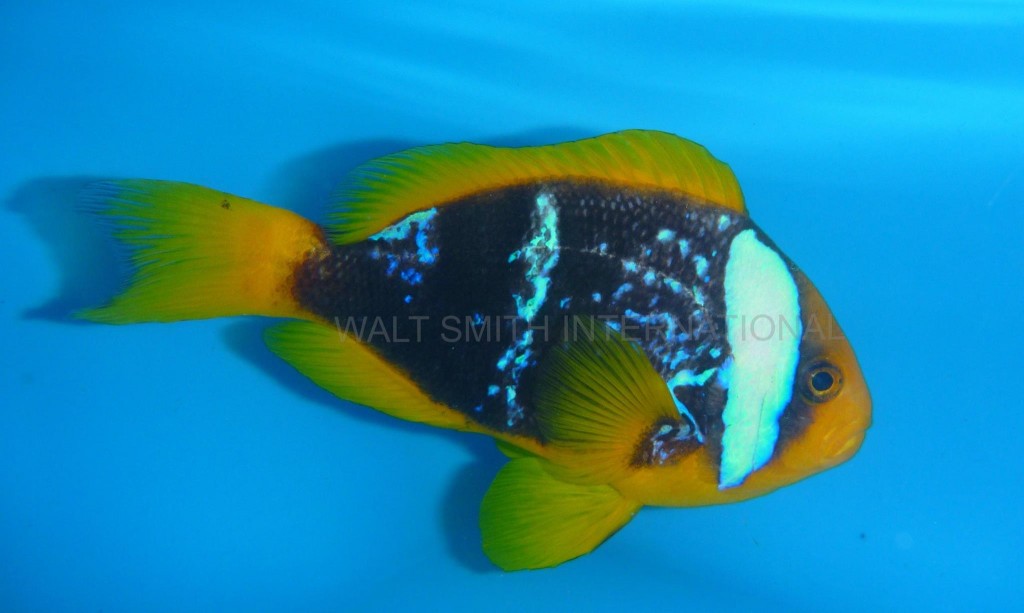 While I was off hopping around Disneyland today, someone else was making dreams come true, but in a totally different way. Walt Smith International uploaded this photo of an amazing looking bluestripe clownfish (Amphiprion chrysopterus) to their Facebook page, and it’s just oozing with hints of the lightning pattern that showed up in the extremely usual Lightning Maroon Clownfish a few years ago. During normal AquaNerd operations I wouldn’t post this late, but this fish just couldn’t wait, and based on the image above, you all might agree.

Since the discovery of the Lightning Maroon Clownfish, several PNG maroon clownfish surfaced that had the tell tale lightning bolts, but never have I seen the pattern in another species (at least that I can immediately recall). Sure, there are always morphs present in the stripes of clownfish, but nothing that looked this lightning-esque.

Unlike the lightning clown, this lightning bluestripe clownfish (for lack of a better term) wasn’t caught in PNG. Instead, it was taken from Fiji, where Walt Smith focuses its operations. That said, PNG is within the natural range of A. chysopterus, so who knows what geographical influences are having an impact. Of course, this is all just conjecture on our part, as Walt Smith’s team have yet to release any real information.