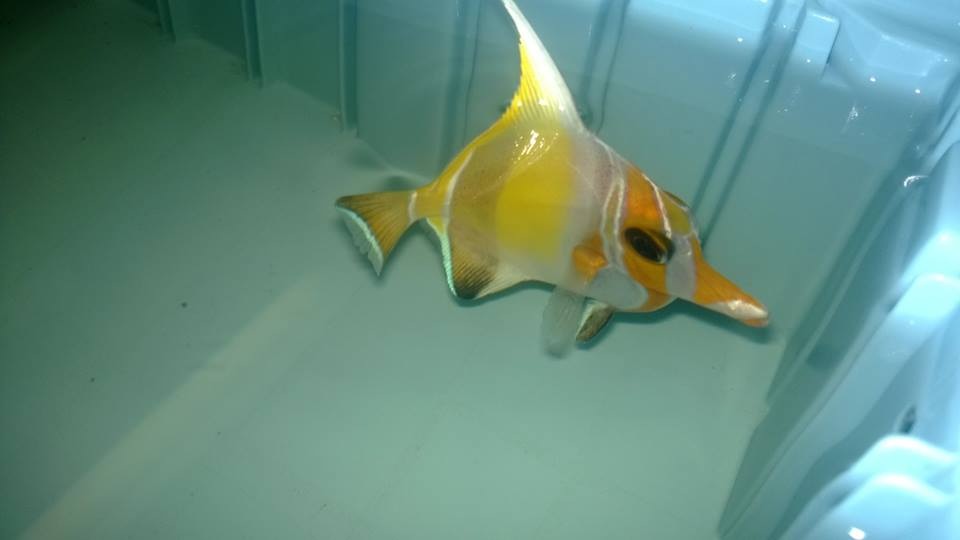 Segrest Farms just uploaded some pictures of what appears to be a xanthic moorish idol. Posted on their Facebook page, the images show a fish with some really interesting patterns. So interesting and strange, in fact, that Segrest won’t even state what exactly the fish is. They say it looks like a cross between a moorish idol and a copperband butterfly, but we’re leaning on it being a xanthic form of the popular aquarium fish, the moorish idol. The fish is extremely unique and it almost completely lacks the black pigment that the moorish idels are known for. Its dorsal fin is also noticeably small, lacking the banner-like appearance that is usually seen. Of course, the lack of a streaming banner is not an indication of species, as it could have been nipped off or may just have not grown in depending on the size/age of the fish.

The fish is currently acclimating to the Segrest facility and will spend some time in quarantine before hitting the open market, and we cannot wait to see what this fish looks like once it has settled in. Until then, we’ll just have to use these images. 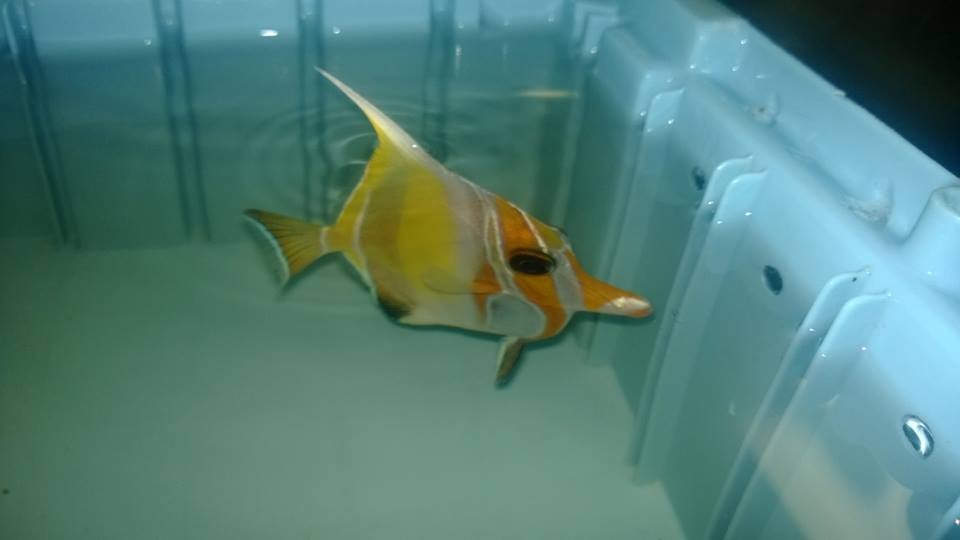 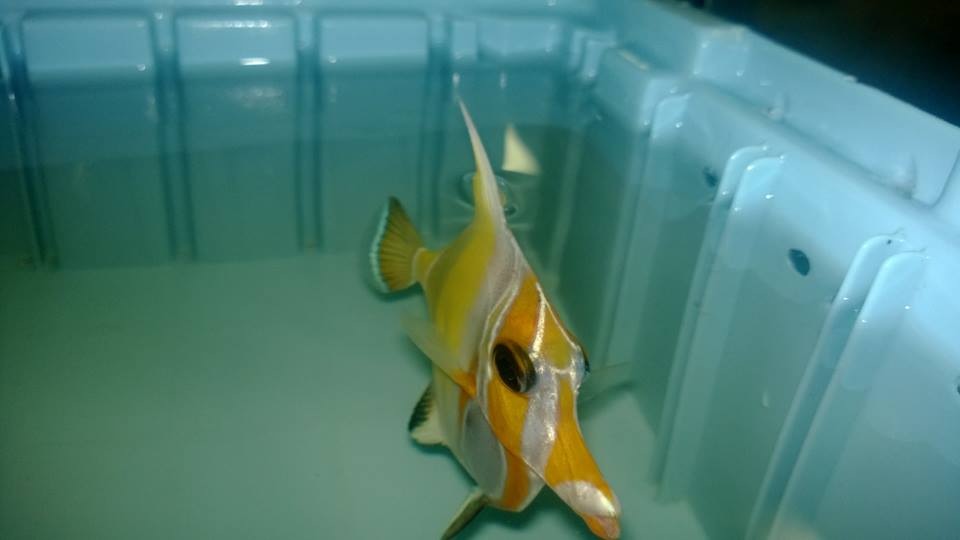 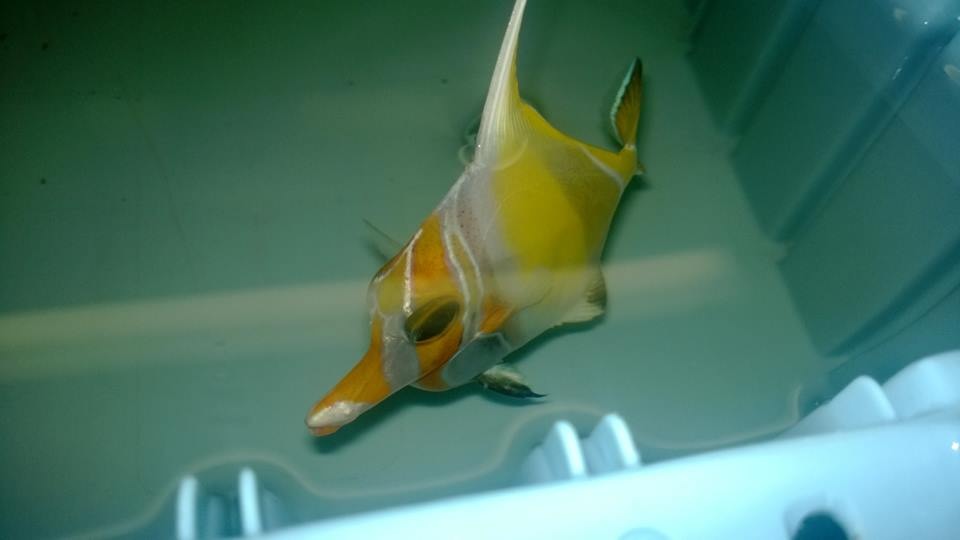 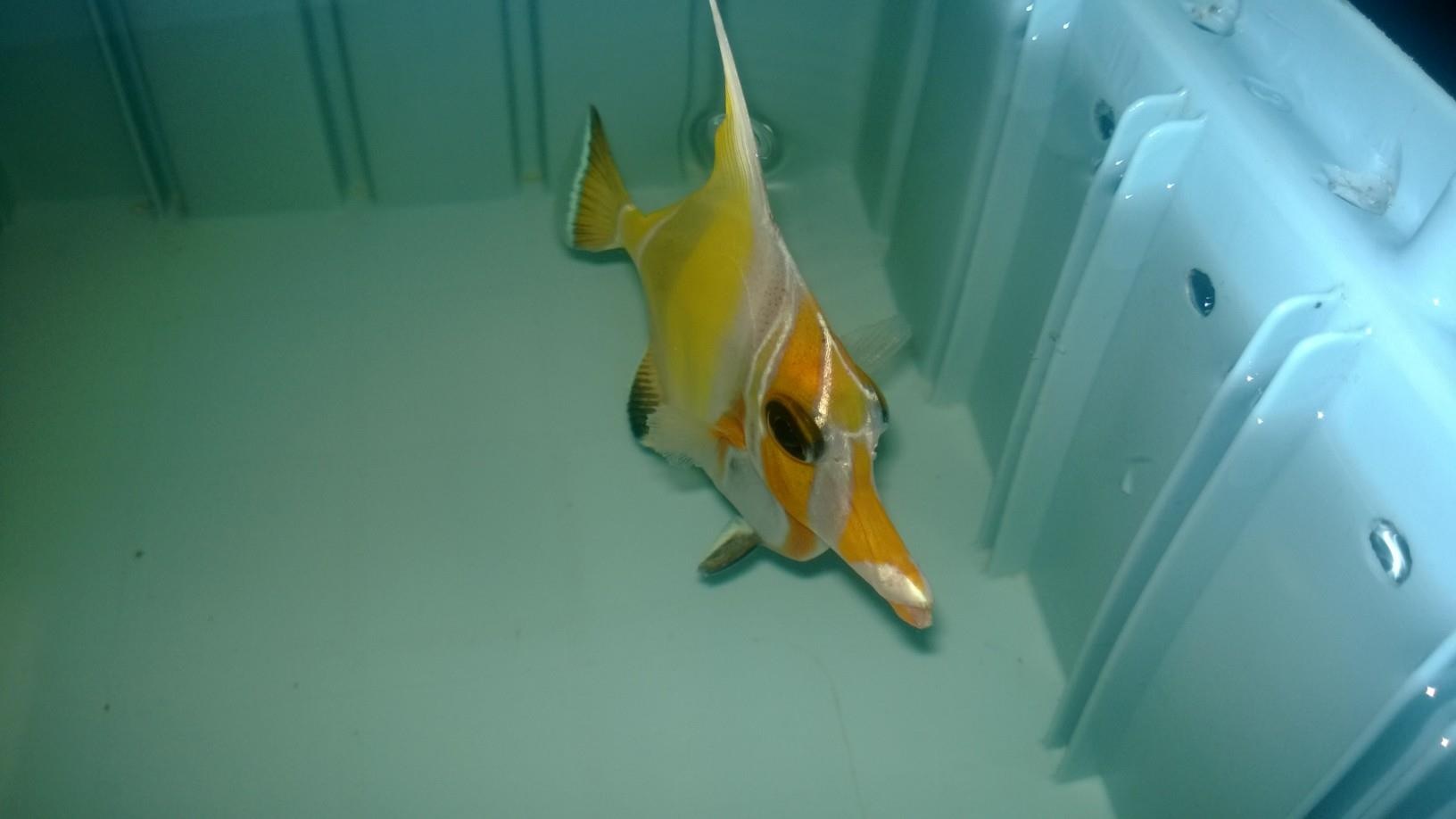