Trending
You are at:Home»Aquarium Livestock»Insanely Rare and Beautiful Aurora Anthias Collected in Indo 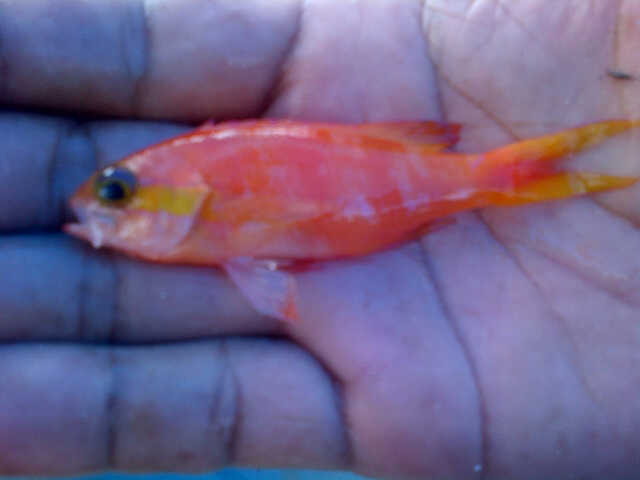 When it comes to reef fish, anthias are arguable one of the most alluring and beautiful group out there. Their generally peaceful nature, relative hardiness, dynamic social structure, and intense beauty make these fish appealing on multiple levels. Making the group even more special is the occasional appearance of some rare and amazing looking fish, especially those from deeper waters such as the Aurora anthias (Pseudanthias calloura). According to a blog post on Ultra Corals Australia, a fresh batch of 8 super male aurora anthias and 20 females were collected from the deep waters of Indonesia. The fish were caught at a depth exceeding 70 meters from collector Java Ornamental, though little else is known beyond that for this specific group. 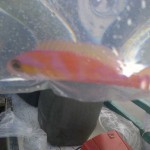 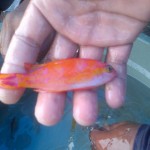 The images in this post aren’t the best, we admit. They were cell phone images that were, without doubt, hastily taken and transmitted to potentially interested parties. They obviously do the fish zero justice, that’s why we’ve taken the liberty to include a much better dive photo from the scientific paper, Pseudanthias calloura (Teleostei: Perciformes), a new serranid fish from Palau, Central Pacific [PDF]. 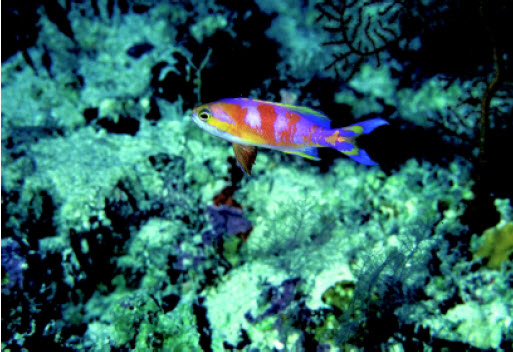 There’s no telling when the fish will show up at the retail level or just how much they’ll cost. In the past, the Aurora Anthias has topped $350, and because we haven’t seen any surface in several years, it’s likely that they’ll stay at or above this price point.