Trending
You are at:Home»Aquarium Livestock»Milletseed Butterflyfish Next on the Captive Breeding Chopping Block? 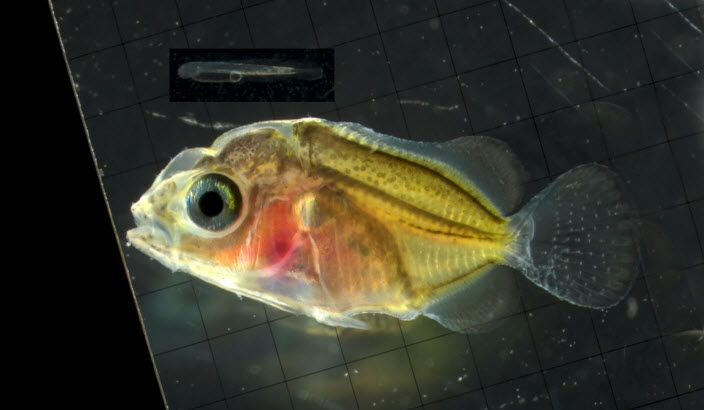 It really excites us when we see huge progress being made in the area of captive breeding, and over the last few years, the hobby has progressed exponentially. So much so, in fact, that captive-bred clownfish are no longer drawing the attention they once received, with that focus now shifting toward other, more complicated species. Pelagic spawners seem to be high on the list right now, as fish like the yellow tang (Zebrasoma flavescens) are making huge strides toward their captive bred status, and others likes the captive-bred Clarion angelfish are already making their way onto the aquarium fish marketplace. Another fish we are happy to see making similar strides is the Milletseed Butterflyfish, which Rising Tide Conservation has successfully raised to 44 dph (days post hatch).

Unfortunately, they lost their last remaining fish at this 44 day mark, but the team learned so many things about the larval stages of the Milletseet butterfly, at the same time identifying different reasons that caused the population to die off. And while it was heartbreaking to see that last butterfly fail to get past 44 days, the good news is that there is currently another batch already at the 25 day point in their lifecycle. Additionally, there are more batches that are further behind, but seemingly making good progress as well.

As for more good news, Rising Tide reports that they have two populations of the fish spawning twice a week, which has given even more areas for researching the various intricacies of the fish’s reproduction and development.

So, all in all, it’s superb news to see the fish progressing as they are. Congrats guys on all of the achievements.

Story and image via: