Trending
You are at:Home»Aquarium Livestock»Picture of the Week, Grafted Scolymia Coral 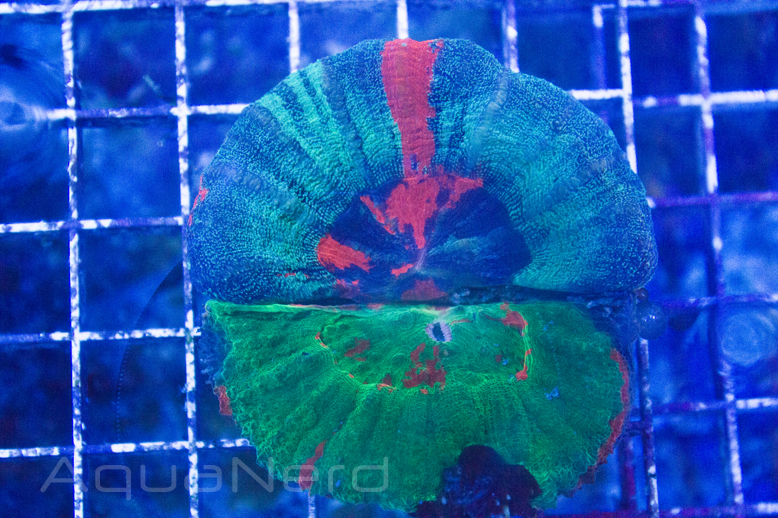 Coral grafting isn’t exactly a new trend in the reef keeping hobby, but for the most part is has been limited to corals of the genera Acropora and Montipora, with the latter seeing the most success. Pioneering hobbyists weren’t satisfied with just blending monti caps together, though, and ventured into somewhat uncharted waters by grafting things like scolys and plate corals, both with varying degrees of success. We haven’t been courageous enough to try our hand at Frankensteining together corals, but we did get a treat with the attempted graft above when visiting Unique Corals in California last month.

What they were doing was basically cutting two different scolymias in half, then mixing the two halves and gluing them together. Because the corals are of the same species, the idea is that they will be able to grow into each other to form a single coral, or at the very least grow close enough together to get two different corals on the same rock…with maybe some slight blending of the two somewhere in the middle.

The downside of this grafting is quickly apparent, however, as we were told that the success rate isn’t all that great. Some corals would survive, while others wouldn’t. Unfortunately, that’s just the nature of the game, which is only exacerbated when fragging is involved.