Trending
You are at:Home»Aquarium Livestock»Red Hornet Zoanthids, A Brief Look at the History of this Amazing Polyp 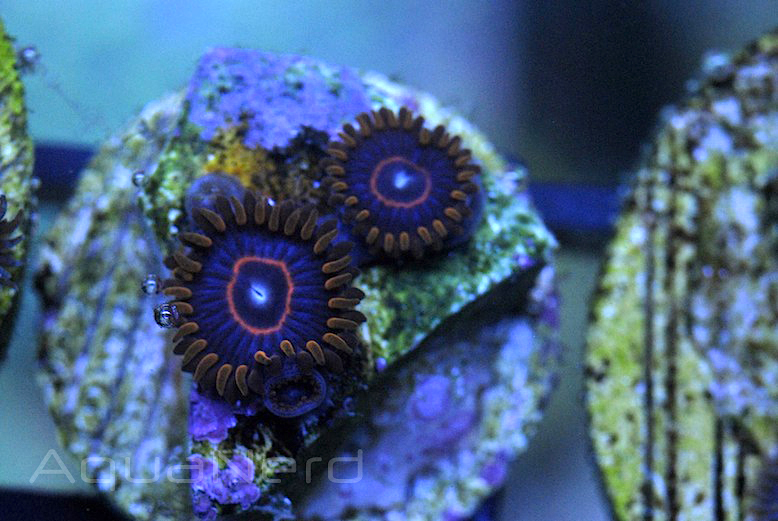 The family of “hornet” zoanthids is a particularly interesting one that has seen a huge surge in popularity over the last few years. Despite their name, the red hornet zoas are predominantly a deep purple color with an almost blue oral disk. They possess a white mouth, along with an alternating red/orange skirt. They derive their moniker from the bright red halo, which distinguishes them as a hornet.

There is not much known as to where the Red hornet is collected, although most “hornet” zoas are collected in Indonesia. This particular zoa has an interesting background story. The red hornet was actually originally named “Devil’s Aura” by Neptune Aquatics. Neptune Aquatics acquired this zoanthid from a local hobbyist in 2009. In that same year, in October, this coral was stolen from Neptune Aquatics but then mysteriously returned a couple weeks after the owner said he just wanted his coral back and he would not press charges.

At the time while they were hot, the price per polyps was ranging from $150-$200. Now we have seen them on online vendor sites from about $40 a frag ranging from 4-6 polyps.

There are other variants to the red hornet, which include the popular purple hornet, blue hornet, African blue steel, and the black hole sun. All of these zoas have the halo and alternating skirt colors that distinguish them as “true” hornets. Besides those, there are many fake hornets out there. That are still beautiful, just not the “real deal.”

On a side note, we recommend that you always purchase corals because you like them, not because they have a fancy name. The name can sometimes justify the price if its a rare piece with a lineage, but the name should not be the deal sealer for you. A reason to ask for a name is simply lineage and to make sure that certain coral is truly worth $50 a polyp. The things to look for in a hornet is off course the “halo” on the oral disk and second is the alternating skirts. Look up a picture if you are not sure and make sure you are purchasing something for what it truly is.

While “designer” names do not catch our attention, color sure does. While browsing different vendors at the recent even Reef Currents, we spotted these beauties and jumped on it. That bright red skirt and halo caught our attention and we could not walk out without a frag. We already have blue hornets in our collection and where excited to add yet another astonishing polyp to the garden.