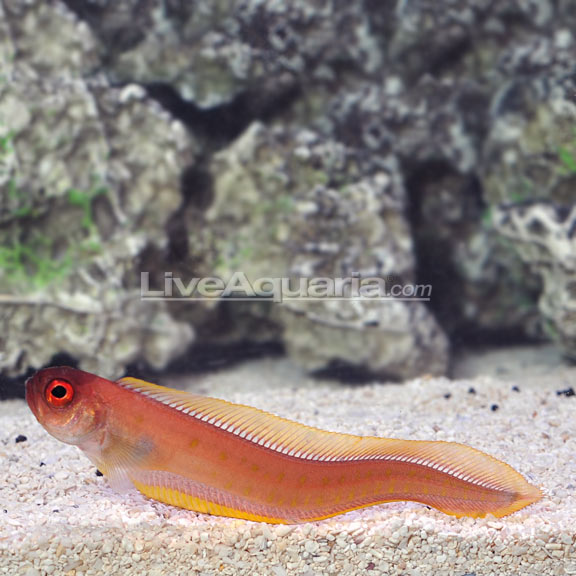 LiveAquaria has been known to bring in some high profile fish, most of which are first timers in the United States. This time around, they’ve brought in a fish that is thought to be completely new to the aquarium trade, not just in the US but the global trade. It’s an interesting specimen, called the Red-spotted Bandfish (Acanthocepola krusensternii), and it reminds us quite a bit of the various jawfish that are common in the hobby.

The bandfish hails from various parts of the western Pacific Ocean, with its primary range extending from Japan to the China Sea. They can also be found in various parts of the Indo-Pacific, most of the time occupying shallow waters near estuaries. It likes to bury its body in muddy substrates, which is a very jawfish-like trait, and from the few pictures we’ve spotted online, it also reminds us of garden eels because the bandfish seem to stay totally vertical. Of course, so little is known about the species and how it will act in captivity long term, but LiveAquaria has been doing a great job conditioning this fish to aquarium life since January.