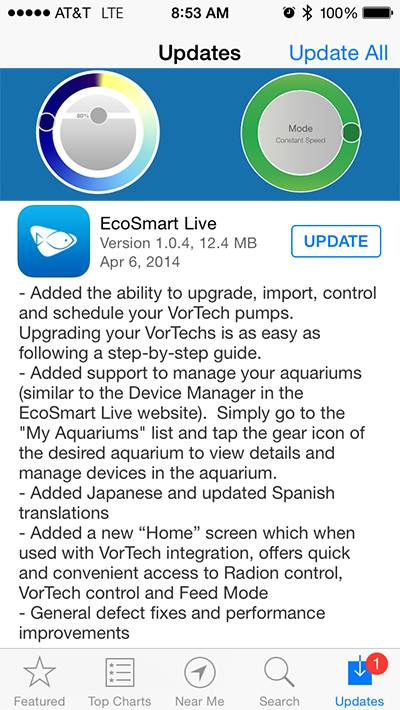 As part of the continued effort to integrate the VorTech pumps into EcoTech Marine’s EcoSmart Live system, an update to the EcoSmart Live app has been released that allows users to control their VorTech pumps via any iOS powered device. Just last month, EcoTech added VorTech control to their Reeflink, for the first time allowing the ReefLink and EcoSmart platforms to live up to their promises of simultaneous wireless control of the Radion XR30w LED fixtures and the popular pumps.

This app is free to download from Apple’s App Store and an Android friendly version will shortly follow.