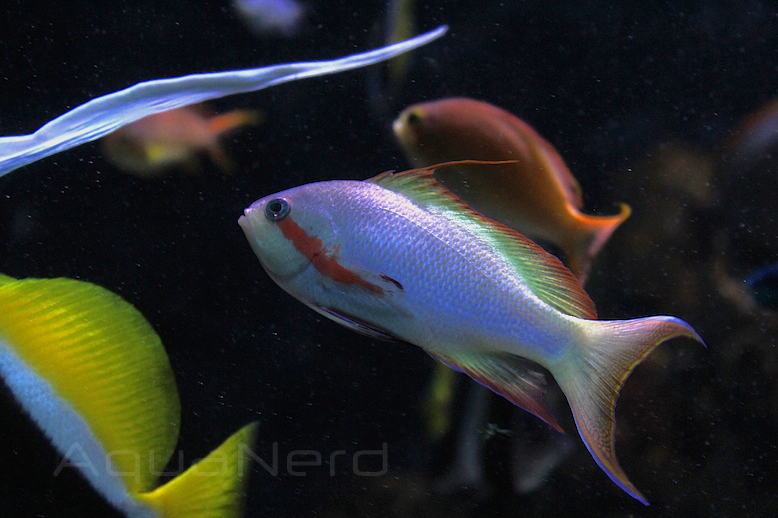 In this installment of the AquaNerd Picture of the Week, we’re returning to the Houston Zoo to take a look at the Hucht’s Basslet, Pseudanthias huchtii. Common to the reefs around the Philippines and several other spots in the Indo-Pacific region, this particular anthias very closely resembles the Lyretail Anthias, P. squamipinnis, and even often occupies the same reefs. Hucth’s anthias is distinguished by its vibrant orange stripe extending from the eye to the pectoral fin, as well as an elaborate third dorsal spine.

This particular individual sports a white body coloration, typical of a male of the species but not of the super male status. Female P. hutchii have a more subdued look, as evident by the lack of the elaborate dorsal fin, an almost nonexistent eye stripe, and a bland coloration.

Unlike the lyretail, Hucth’s anthias has a less community friendly reputation. In large harems, it does well, but we’re talking about a single male and nearly a dozen females. In a more realistic scenario, the P. hutchii is best left as the sole anthias in the tank, otherwise aggressions might flare and populations might dwindle.