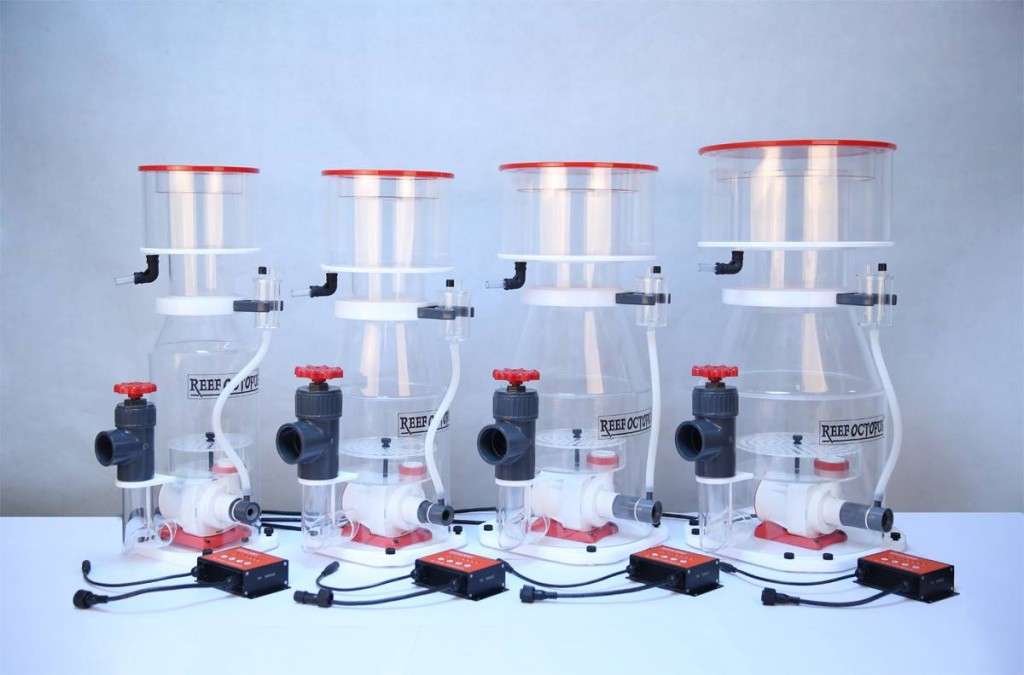 Reef Octopus is breaking out the DC skimmer pumps once again in this new protein skimmer release. Called the Regal Skimmers, this line of foam fractionators looks quite similar to the Super Reef Octopus Space Saving skimmers of recent memory, but will feature Reef Octopus’ own brand of DC controllable pumps. The pumps, which RO has been marketing extensively since MACNA last year, are becoming more incorporated into the product line, and for good reason. The controller allows for fine tuning of the pump’s speed, which affects things like air draw and the all important air-to-water ratio.

Unlike the SRO skimmers, the new Regal line will feature red accent pieces laid over clear and white arcylic. This color scheme falls in line with the rest of what Reef Octopus has been doing, as their Prime skimmers sport a hefty amout of red as well.

In terms of tank sizes, pump ratings, prices, and the like, we don’t fully know what the Regal skimmers will offer. That said, it appears that four different models will be available, likely hitting a very broad spectrum of aquarium sizes. We’ll be sure to update as more information is release. 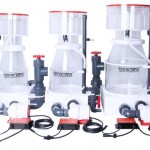 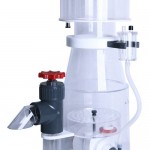 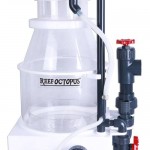 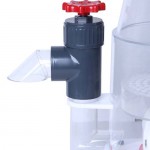