Trending
You are at:Home»Aquarium Equipment»All-in-One Biopellets Aim to Be Potent Blend of Carbon Dosing and Phosphate Remover 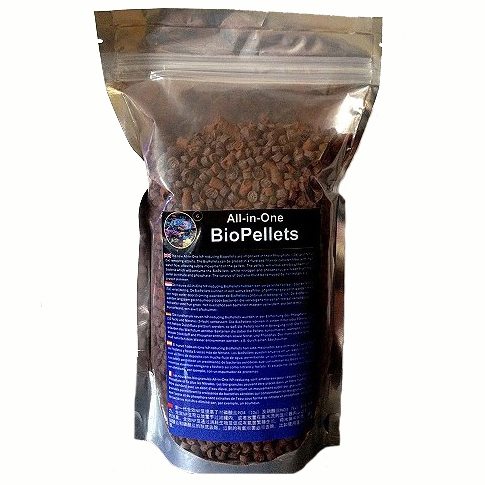 How do they work? According to the blog article, the pellets are effective because they provide all of the nutritional requirements for the bacteria in one place, the surface of this new pellet. Since bacteria consume both nitrate and phosphate to grow and reproduce, the original biopellets weren’t able to be successful because these key compounds were being removed too rapidly. The bacteria were essentially starving becusse phosphate was being removed via other avenues, most likely Granular Ferric Oxide (GFO), which is run independent of the pellet products. So, the minds at Reef Interest decided to bring the phosphate removing chemicals to the pellet, which works well because as the bacteria consume the pellet, they are not only getting the nitrogen, but the phosphate that has been absorbed as well. As the surface of the pellet is consumed, so too is the phosphate absorbing portion that has been added.

Making the use of this new pellet a breeze is the fact that it operates in the same way as the original pellets. Just put them in a media reactor, set the flow through rates to create a slow tumble of the media, and you’re all set.