Trending
You are at:Home»Aquarium Livestock»Frog Hops on Goldfish for a Ride Around the Pond 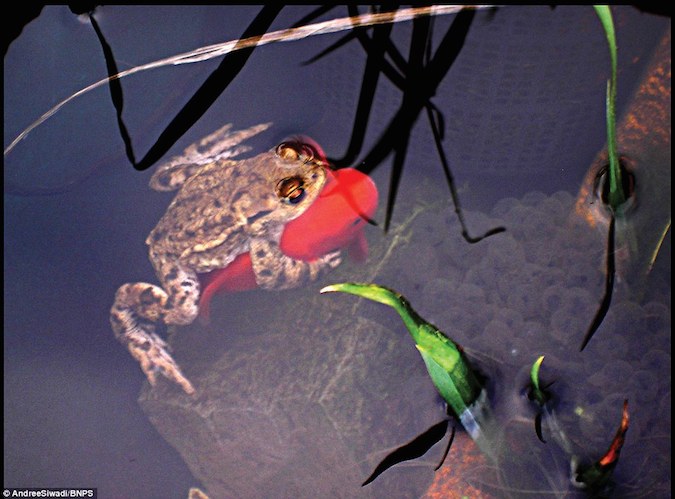 Could this quite possibly be the best case of laziness in the animal kingdom? Or is it some fancy new watersport that all the young amphibians are trying out?

In a recent story publisehd on Daily Mail, a pondkeeping grandmother, 70-year old Andree Siwadi, happned across a frog that had latched onto one of her prized goldfish. The fish are prized not for their rarity, but because each is named after one of her grandchildren. The frog’s bear hug was a bit shocking to Andree, just as it is to us, as the amphiibian was clinging on with all four legs and webbed feet. As expected, the fish tried to drop the frog like a bad habit, wriggling about in an attempt to break free from its death grip.
Surprised by the sight (who wouldn’t be) and worried that the frog might kill or cause harm to the fish, she scooped up the embraced couple and was able to pry the frog loose from the fish. The frog was returned to the garden, and both pond-dwellers were unharmed. 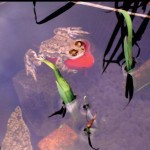 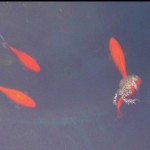 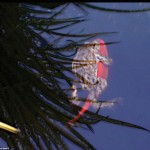 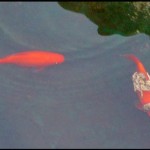 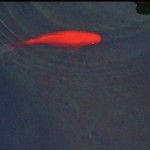