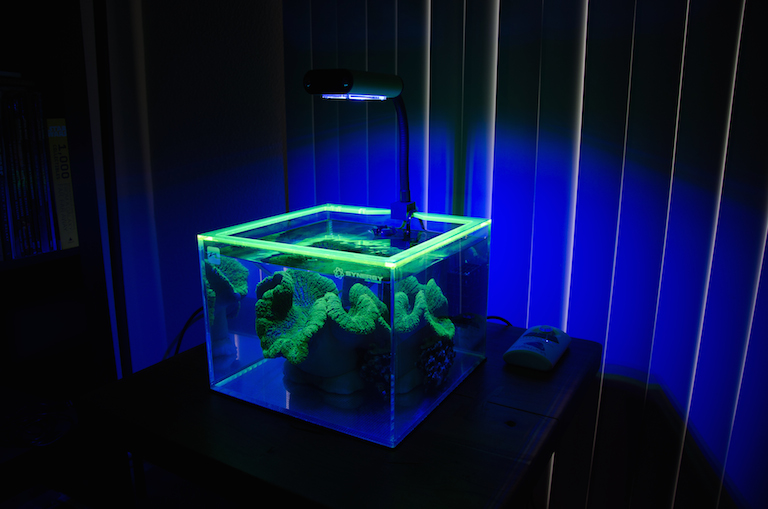 When it comes to aquariums, we’ll admit that it’s hard to impress with standard reef layout. Sure, a well-established reef tank can be a wondrous sight, but because so many people have nice tanks, innovation isn’t exactly a frequently occurring thing. But every once in a while, something comes along that really makes us stop and appreciate the beauty. Sometimes that happens with an elaborate setup that has tons of techie goodies, and other times the sheer simplicity of a system is cause enough for a quick jaw drop. The latter is the case for this particular aquarium, a nano tank from Nano-Reef user ZROGST, which is a single species tank that we instantly fell in love with.

The tank is a Synergy Reef nano aquarium illuminated by a Nanonox LED light fixture. Its lone resident is a large, but still growing, green Haddoni carpet anemone, whose color matches the neon trim on the aquarium. 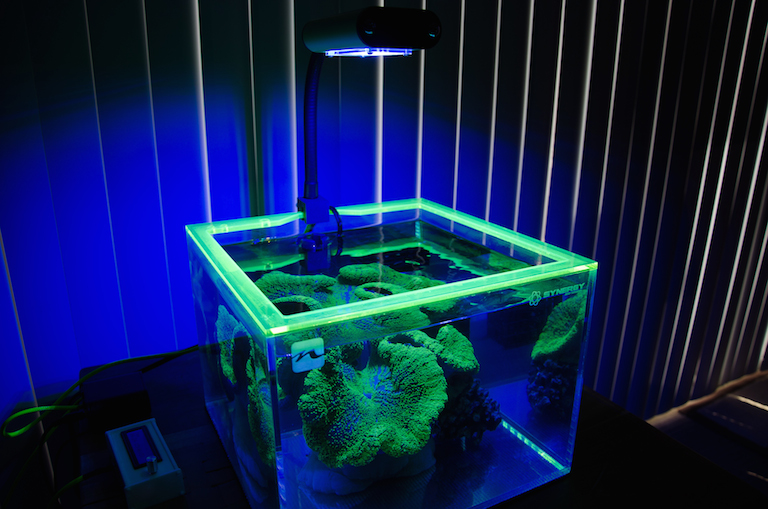 The tank tips the scales at 5.5 gallons, measuring 12″x12″x9″. Besides the lighting, the only other equipment is an Eheim Skim350 skimmer and we thought we read that there was a VorTech MP10 for flow.

For maintenance, 1-gallon water changes are done every other day, a vial if Prodibio Digest Nano and Bioptim Nano are dosed weekly, and water parameters are monitored closely. Because there seems to be so much care taken with this tank, we aren’t worried about the anemone’s long-term health. Of course, that doesn’t mean all the internet trolls are staying quiet. Based on the comments in the thread, a majority of people dislike the aquarium because the anemone is so large and has the potential to get larger. It’s a totally understandable opinion, as smaller tanks are prone to water parameter fluctuations, but falling back on the proposed maintenance schedule and the fact that the anemone has improved its condition in this aquarium (was previously gaping according to ZROGST). 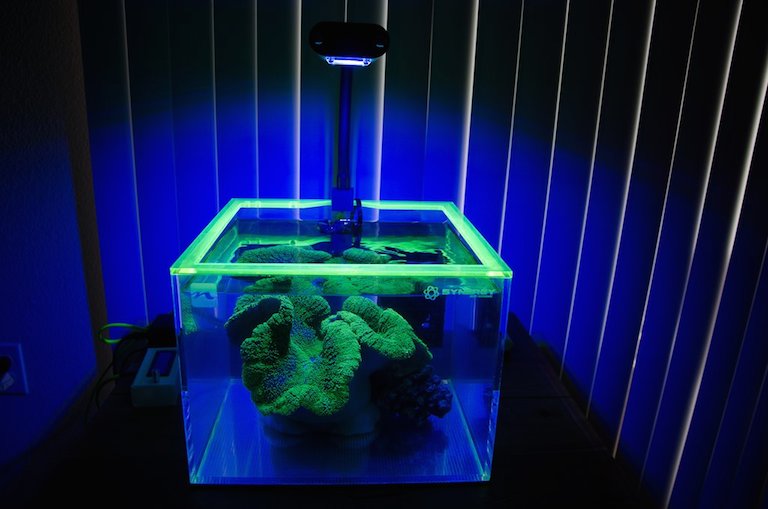 Regardless of which viewpoint you take, the aquarium is very cool and we love the color coordination between the anemone and the tank itself.