Trending
You are at:Home»Aquarium Livestock»Mantis Shrimp Vision Not That Awesome After All 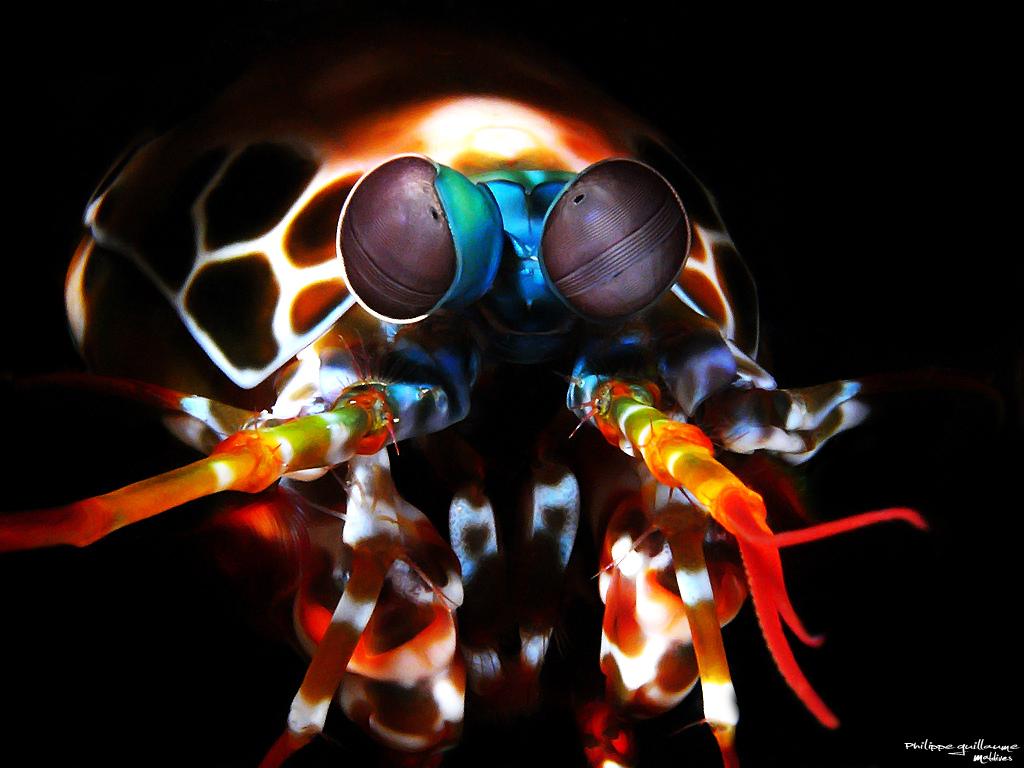 We have all heard the stories about the spectacular vision capabilities of the mantis shrimp’s eyes. With sixteen different photoreceptor pigments, of which twelve are sensitive to color (compared to only three in humans), the Stomatopod crustaceans have long been believed to have the most advanced visual system in the animal kingdom, being able to see UV light and a spectrum of colors that humans could only dream of. But here’s where the bubble bursts. According to a recent article on Popular Science, the mantis shrimp’s vision is severely overrated.

While the shrimp possess all of the tools to see a world full of color, their brains just simply don’t have the capabilities to process all of the data, according to the article. Backing up the notion is a study conducted by doctoral research student Hanne Thoen at the University of Queensland in Brisbane, Australia. According to her study, the mantis shrimp cannot distinguish between two colors that were as close as 25 nanometers on the electromagnetic spectrum.

For the study, the shrimp were conditioned to recognize ten different colors. They were then presented with two similar colors, one which they were trained to recognize alongside a brand new one. When the two colors differed by 50-100nm, the shrimp selected the one they recognized 80% of the time. When that range was tightened to 25nm, they only picked right 50% of the time. An accuracy of 50% is just as good as closing your eyes and guessing.

This dismal performance on a simple vision test just goes to indicate one thing, mantis shrimp vision isn’t all that great. Humans, comparatively, can distinguish between two colors as close as 1-4 nanometers in difference, despite having far fewer color sensitive receptors. Why such a marked difference? Well, humans have huge amounts of processing power compared to the mantis shrimp. We may have a limited range in which we can see, but we are darn good at seeing everything in that range. Mantis shrimp, on the other hand, can see a much broader range but cannot distinguish between similar colors because their brains are just so tiny. Because of this, researchers thing that the huge array of photoreceptors aids in the ultra-quick detection of the colors of predators and prey, but probably not much else.

A huge disappointment, we know, but it makes sense if you think about it.