Trending
You are at:Home»Aquarium Livestock»Picture of the Week, Grilled Unicorn Tang 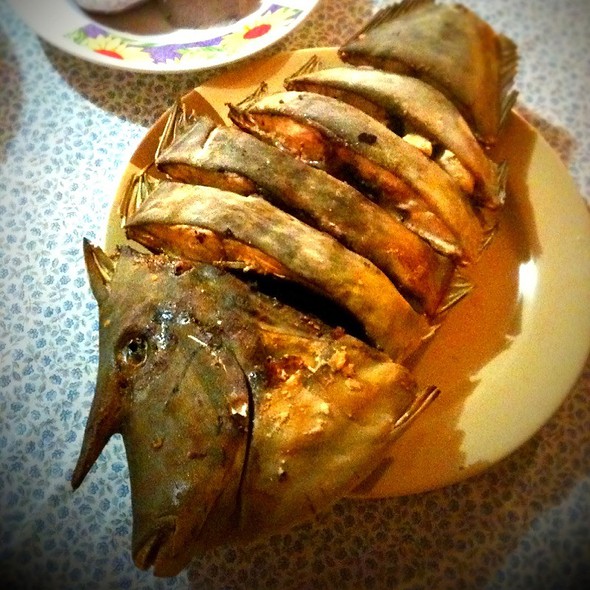 For this week’s AquaNerd Picture of the Week, we’re stepping way outside of our usual offering to show off something that may be a bit controversial. It is a unicorn tang (Naso unicorns), and it’s about to become someone’s next meal. We’re not talking about getting eaten by another fish or some other oceanic predator. Instead, it was cooked and awaits the belly of some hungry human.

So how is this controversial? After all, most of us probably eat various types of fish. Honestly, there really is no controversy, other than aquarists getting an uncomfortable feeling from the photograph. This is a fish that many would call a pet, and given its perceived size and the length of its horn (from which the fish gets its name), it would probably cost someone a pretty penny to put into their aquarium.

From that same aquarist standpoint though, an image like this just solidifies one thing…aquarium collecting and fishing for food are virtually one in the same. What do we mean by that? Well, the anti-aquarium activists would have you believe that collecting fish for the aquarium hobby is morally unjustifiable. “We”, the collective aquarium industry are said to be raping and pillaging reefs for fish that won’t last more than a year in captivity. While our hobby does collect wild fish, it shouldn’t be viewed in an emotional, moral context. It, like fishing for food or commercial purposes, should be treated like a manageable fishery. Studies have shown that regulated aquarium collecting works, and works well. So why attack it so much? It’s because certain folks cannot separate their emotions from situations, often letting them get in the way of sound science.

We could go on and on, but we’ll end the rant right there. Bottom line is that there are far worse endings to a fish’s life in the ocean than being put into an aquarium.