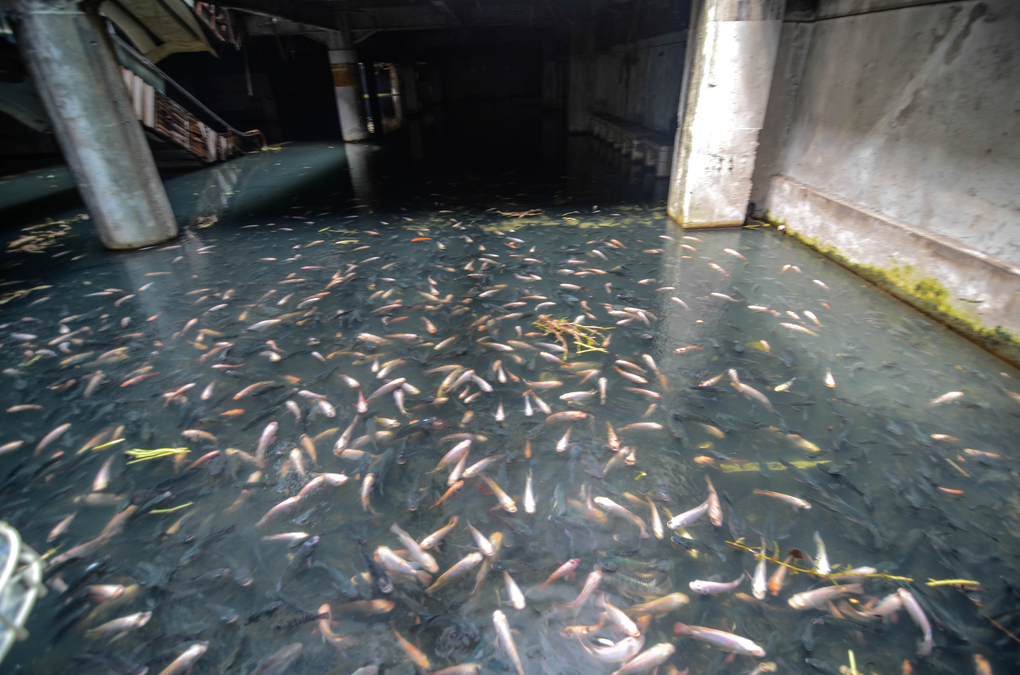 Have you ever watched one of those shows on one of the “science” channels that shows how the Earth would look if humans vanished? More often than not, the shows dictate how nature would take back the concrete jungles, with buildings becoming overgrown with plant life and eventually disappearing into the ever growing greenery. Most of these programs are sensationalized beyond belief, but if you want a glimpse at a real life example, there’s a mall in Thailand that has become flooded and is now home to thousands of fish.

According to The Verge, the New World shopping mall in Bangkok was abandoned in 1999 after a fire tore through its facilities. It flooded with several feet if water, inviting all sorts of aquatic wildlife into its domain. Since the fire, and subsequent floods, thousands of koi and catfish have taken up residence in the mall, making for some gaining sights.

According to rumor, the fish were intentionally introduced, which comes as no surprise seeing as how people seem to do that quite often.