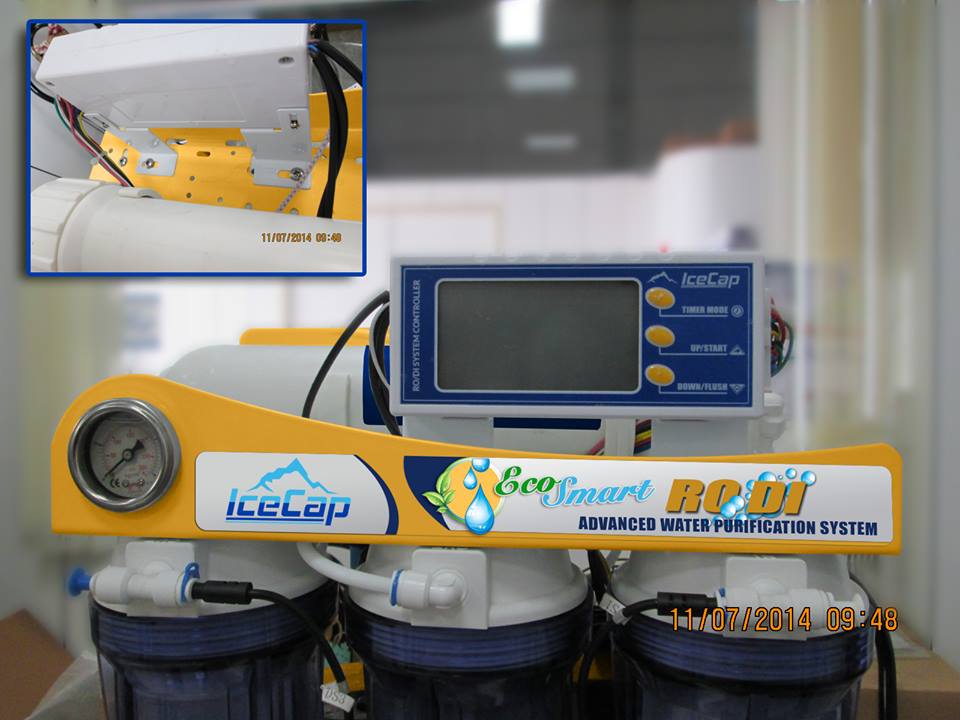 Alright, stop! Collaborate and listen. IceCap is back with a brand new invention. Did we just paraphrase Vanilla Ice? My, we’ve sunk to a whole new low. Regardless, IceCap products are officially back on the market after the company folded a few years ago. Now part of the CoralVue product line, the once popular brand name is re-releasing some familiar products, as well as introducing some new ones, notably this IceCap Eco-Saver RODI water filtration system.

There is little information about the new RO unit, as it won’t actually release for a couple of more months, but it looks to be a four stage unit that has plenty of bells and whistles. An on-board controller looks to direct the functions of the unit, which includes a timer mode, on/start button, and a backflush setting. The controller can also measure TDS and probably has several other functions as well.

The other feature of the new IceCap RO unit is a special ElectroDeposition coating on the frame that prevents rusting, which is crucial considering the often salty and humid environment that the RO units operate in.

As we said, the unit is still a couple of months away from public availability, so pricing and model information is still up in the air.